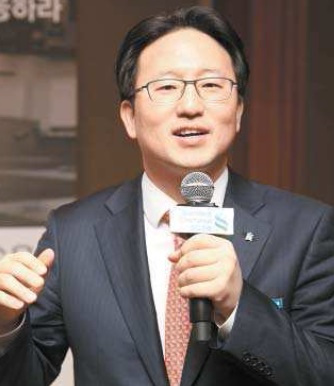 The Seoul branch of the London-based financial institution said on Thursday it will help its customers reap higher returns this year through an enhanced wealth management service, despite the continuing low growth and low interest rates.

“Consumers would need to ‘adapt’ to a new investment environment,’ said Kim Jae-eun, an economist at SC Bank Korea at a press conference held at a hotel in central Seoul. “

Wealth management is a rising sector for financial institutions at a time of slow growth. Standard Chartered urged their customers to invest in global stocks and funds by widening their perspectives from local properties and investments to overseas assets.

“Consumption in advanced economies will lead global growth, while deflation pressures get weaker,” Kim said. “Asian countries are expected to be affected by China’s slowing growth and falling oil prices.”

In addition, the economist said countries across the globe will continue with their eased monetary policies this year, except for the United States. ?

Based on the strategy, the bank suggested investing in European and Japanese stocks, multi-income funds and other alternative investments that produce stable returns. “Since volatility in the financial market is expected to remain high this year, investments should be diversified,” Kim said.

The institution projects that there will be more opportunities to get higher yields in the global market this year as it forecasts the world economy will perform better than last year.

It also forecasts the U.S. Fed will raise its key rate two or three times this year, while the Organization of the Petroleum Exporting Countries will cut oil supply in the first half of the year, keeping oil prices between $30 and $50.

As for the market crash in China, Kim said, “It is viewed as a temporary conflict that occurred in the process of the transition in the Chinese economy from an export-driven to consumption-driven structure.”?

The bank plans to set up 10 additional “bank desks” in E-Mart chains across the country by January. ?Currently it runs four bank shops at Shinsegae Department Stores and one at E-mart, and 48 bank desks at E-Mart shops.