‘A Man and a Woman’ is a grown-up romance flick

‘A Man and a Woman’ is a grown-up romance flick 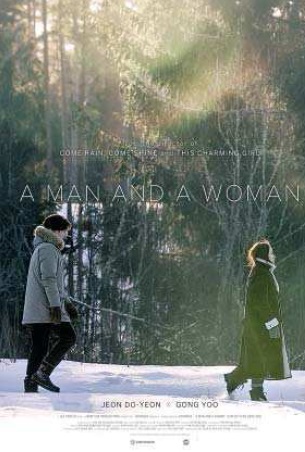 Gong Yoo and Jeon Do-yeon play a couple who meet in the middle of Finland and fall madly in love in the upcoming film “A Man and a Woman.” [SHOWBOX]

An accidental meeting with a stranger in an exotic country.

This is a common plot in numerous romance films, like “Before Sunrise,” and is a scenario nearly every man and woman has probably fantasized about at least once in their lives.

This fantasy is resurrected in the upcoming film “A Man and a Woman,” directed by Lee Yoon-ki, in which two married strangers - Sang-min (Jeon Do-yeon) and Ki-hong (Gong Yoo) - end up spending an unforgettable night together in the faraway country of Finland, deep in the woods.

However, without even having properly introduced themselves, Sang-min goes back to her ordinary life, spending busy days at her own designer shop in Seoul, until one day Ki-hong comes looking for her all the way from Helsinki.

From then on, their repressed affection towards each other spirals out of control.

“It seems like an ordinary love story but very cinematic at the same time. That was the feeling I was going for in this extremely traditional romance film,” said director Lee at a press conference Tuesday.

“While not imposing, I wanted the audience to naturally soak into their emotions,” he added.

Gong, who is returning to the big screen after two years, said he has been wanting to do a “romance film for grown-ups” at his age, which is 37 this year.

“I liked director Lee’s style, where the actors don’t seem like they are acting but are their real selves. For this film as well, I could totally sympathize with Ki-hong. It was acting, but not acting at the same time,” he said.

Jeon, one of the most prominent actresses in Korea at the moment, has made frequent appearances on the big screen last year through “Shameless” and “Memories of the Sword,” both of which had a romance factor, but this film wasn’t in any way in her comfort zone.

“While I am a very expressive person, Sang-min is a dry character who keeps everything to herself,” the 43-year-old said. “I worried if I could properly act such a contrasting character.”

When asked how the two actors interpreted what could be seen as an improper affair, both of them said “emotion” was what they focused on.

“I believe that there are many types of love out there that I haven’t experienced yet,” said Jeon.

“Regardless of their forms, every love should have a firing emotion at the core. I tried to focus on that,” she added.

The film will hit theaters nationwide in February.