Ryu Jun-yeol gets part in movie

Ryu Jun-yeol gets part in movie 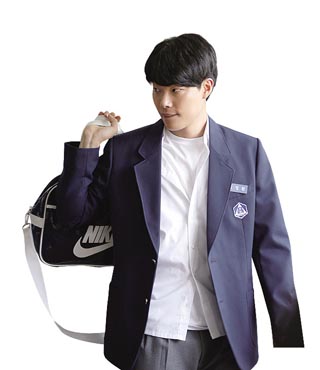 Actor Ryu Jun-yeol, who soared to stardom with the recent drama series “Reply 1988,” has landed a supporting role in the upcoming film “The King” alongside actor Zo In-sung.

In the film, which portrays the greedy upper class, Ryu plays the role of a close friend of the protagonist, played by Zo.

The film is generating much buzz even before its opening because it has cast two A-list actors: Zo and Jung Woo-sung of “Remember You.”

The action-thriller reportedly has a budget of about 10 billion won ($8.3 million).

The film will be directed by Han Jae-rim, who took the helm of the 2013 hit film “The Face Reader.”

Ryu debuted in 2014 with the acclaimed film “Socialphobia,” and he has drawn national attention for his portrayal of Jung-hwan on “Reply 1988.”

The actor and the rest of the show’s cast and crew just returned from Phuket, Thailand.

After the series wrapped up, the entire team went on an incentive trip provided by tvN, the show’s broadcaster, because the drama managed to achieve a viewership rating of 19.6, which was a record high for a cable program.

Such a high rating is even unusual for drama series on major broadcasters.