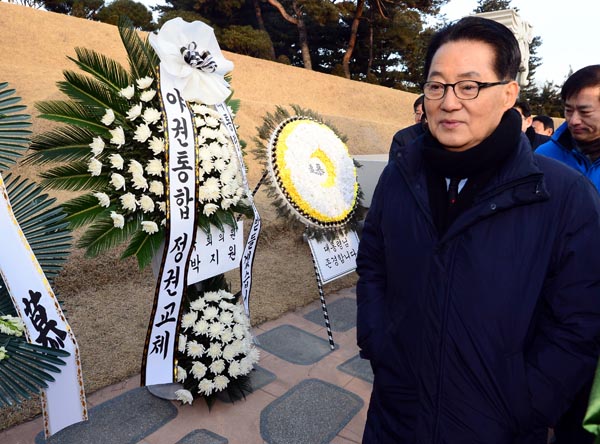 Rep. Park Jie-won visits the grave of the late President Kim Dae-jung on Friday before a press conference to announce his departure from the main opposition Minjoo Party. Kim was Park’s political ally. He said he will remain politically unaffiliated amid the restructuring of the liberal bloc. [NEWSIS]