An returns to save an ailing ‘Gag Concert’

An returns to save an ailing ‘Gag Concert’ 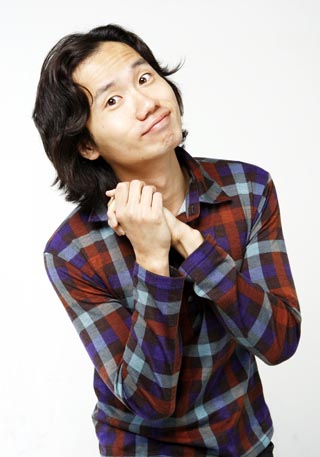 Comedian An Sang-tae has returned to comedy show “Gag Concert” on KBS to help revive the stumbling show.

The comedian was away from the show for five years, in which its ratings have slowly slipped. But those ratings climbed last weekend with his first show back on Jan. 17. The program’s rating was 9.5 percent according to Nielson Korea, 0.7 percent higher than 8.8 percent in the week before.

He sat down with Ilgan Sports, an affiliate of the Korea JoongAng Daily, to share what he thinks of being back on the show and how it can regain its former popularity.

A. I feel like I’m too old to be here. (Laugh) There are so many new and young comedians and since I don’t know them all yet, I’m laying low. (Laughs)

People are calling you the “relief pitcher” who can save the show. How do you feel about that?

I feel honored and I wish I really become that person. I’m just thankful that I’m being called to be part of the show.

Many worry that the show isn’t as loved as before. Do you worry?

The first thing I noticed after I came back to the show was that the word “Fighting!” had been put on the wall of the meeting room. It could be considered nothing serious, but to me, the encouragement looked like a symbol that shows how the [people making the show] have not become lazy or gotten comfortable, but continued to put in their best efforts. In reality, these comedians on the show really put their passion in now just like they did in the past.

What do you think about people saying the show is not as funny as before?

When I was new to the show, the popularity of “Gag Concert” fluctuated too - sometimes it goes up and sometimes it goes down. It is inevitable that the show isn’t as popular when [comedians] try new things and find errors. I’m aware of the worries from the fans, but the show will become successful once again.

What’s the problem with the show that keeps it from getting a steady response from the audience?

Since the show is aired on a major TV channel, the target audience is everyone from young children to the elderly. We don’t do any skits that one particular age group wouldn’t understand or agree with. In another words, we prioritize the show being inclusive for everyone, so sometimes certain gigs may sound boring and not fun.

What does this show mean for the entertainment industry or to the public?

The show is not simply the gateway to success for no-name comedians. Many normal people have imitated funny moments from the show at home or work and gotten laughs, and in that moment, ordinary people get to become comedians, too.