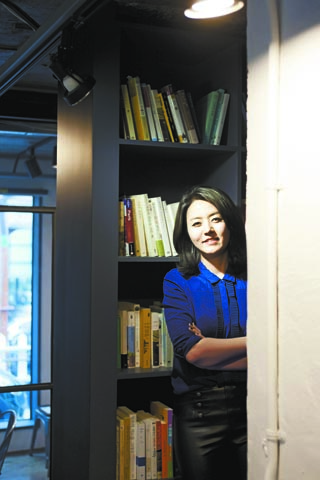 Sohn Mi-na, 43, former news announcer turned travel writer is now taking on another role of a principal of The School of Life. [JEON HO-SUNG]

Sohn Mi-na, 43, has several titles. She used to be an announcer for a local news channel and then became a travel writer.

In 2014, when the Huffington Post launched its Korean edition, she became the editor-in-chief, and she’s the CEO of Sohnmina&co, a company she established in 2013 to produce and distribute cultural content on lifestyle. Recently, she got another set of business cards printed that introduce her as the principal of The School of Life.

In 2008, best-selling author Alain de Botton and others established the first The School of Life in London, and the school in Seoul is the 10th branch. The school offers courses on solving everyday life problems: how to be creative, how to make your mind up, how to spend time alone, how to stay calm, how to communicate better in love and so on.

Sohn says that it may seem like she’s too busy these days, but added, “when you think about it, my life is quite simple.”

“In Gwanghwamun, I help make the Korean edition of the Huffington Post and in Itaewon, where the Sohnmina&co is located, I help operate The School of Life, the travel laboratory, and host a podcast,” she said. All her jobs may seem to demand different tasks, but Sohn says they are all connected to the slogan of her company: “Life Design Partner.”

It’s already been eight years since she left the broadcasting company KBS and dropped the title of announcer. Since then, she has traveled the globe as a freelance travel writer and so far published five books on travel as well as one novel in 2011. Last month, she published another book of essays from her travel in Peru.

The JoongAng Sunday sat down with Sohn recently at a cafe located on the first floor of The School of Life in Itaewon, central Seoul, to hear more about her life story and the school. Here are some excerpts from the interview. 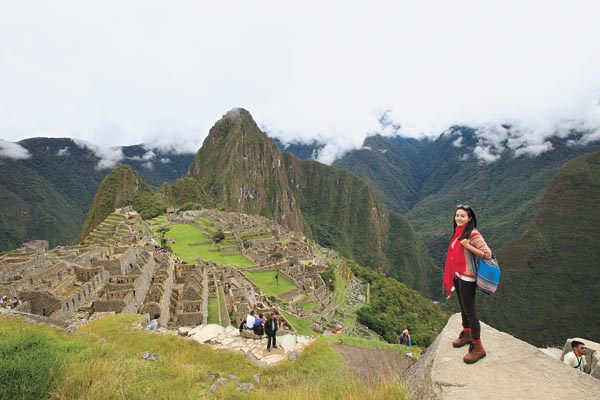 The Seoul branch of The School of Life opened its doors in Itaewon, central Seoul, late last year. The building consists of a cafe and small classrooms where people take courses on topics related to work, relationships and culture, among others. [JEON HO-SUNG]

Q. Your recent book is about your travel to Peru. It seems to be talking a lot about the memories you have with your father. Why is that?

A. Throughout his whole life, my father studied about history and taught it at school, so he always had special respect and affection for things that are old.

When I was a little girl, I remember ancient items lying around my house like a stone ax that looks like it was used in primitive times. Instead of taking me to amusement parks, he took me to museums.

He was most interested in the Middle Ages, but because of his curiosity toward the Inca civilization, he always said he wanted to visit Peru one day. He was so healthy, running half marathons in his 70s, but three years ago he passed away suddenly after getting diagnosed with blood cancer.

Is that why you chose Peru as your next destination, to show your longing for your father? 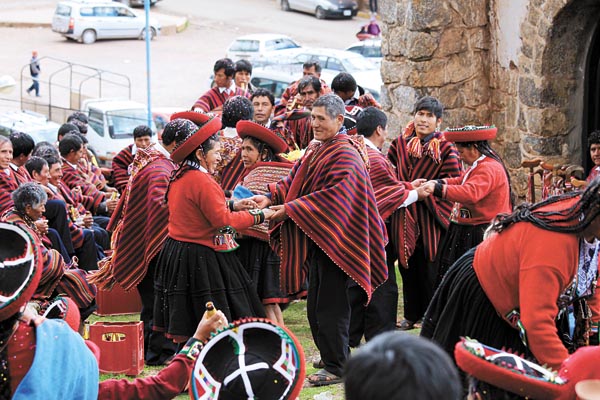 Central American Indians celebrating a birthday at a market in Chinchero, Peru. [SOHNMINA&CO]

That’s right. I think there’s a rhythm in travelling. Like Alain de Botton said, if there’s an ideal travel agency out there, it would ask, “What kind of transformation do you need in your life?” rather than, “Where do you want to go?”

This time, it was time for me to put myself into mother nature and meditate and sympathize rather than going to an exciting metropolitan city. I needed to be consoled for my longing and sorrow for my father.

Peru is in fact a very spiritual country. It’s not like Argentina where people from outside came into reside, but a place where Central American Indians lived, keeping their traditions intact. Also as a person who studied Latin American Spanish literature, I wanted to visit the country once.

You referred to Spain as a “good tempered friend” while France as a “pretty but sassy girl.” What kind of person was Peru to you?

Peru felt like a very mature person. If I use a friend to compare, Peru is like a friend who you go to to talk about your hardships, as this friend is not only a good listener but also offers you wisdom about life. 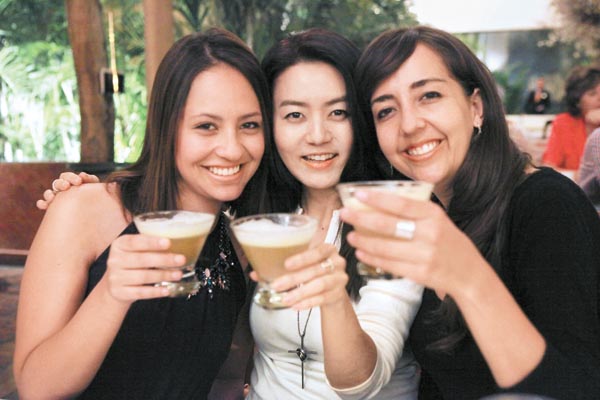 Sohn enjoys drinks with old friends she met while studying in Spain. [SOHNMINA&CO]

You seem to carry luck when you travel. Others talk about their encounters with robbers while traveling in South America and troubles they experienced there.

But in your books, you only seem to meet nice people and make friends with everyone. You also wrote in your book that readers always ask you whether your great experiences were true.

People ask me that a lot, actually. Of course I went through many hardships while traveling. Because of altitude sickness, I received an oxygen tank from room service, and couldn’t even see the Nazca lines properly from the light aircraft. But one thing for sure is that I have luck with people. I have many more stories that I couldn’t include in the book because they are so wild. I think that’s the charm of traveling - the unpredictability and accidental encounters.

Why did you decide to establish The School of Life in Korea? It’s the 10th branch school of Alain de Botton’s school in London.

Some people say I got the business rights to operate the school in Seoul due to my acquaintance with him. But that’s not true. I pictured this ever since I established my company in 2013.

I sent them a series of business plans of why Seoul needs the school, and my philosophies and how I am the perfect person to run knowledge-based content. After several telephone, e-mail and face-to-face interviews, I was finally selected.

The School of Life, as I know, provides courses in six different themes such as work, sex, money, emotional maturity, digital life and changing the world. Will the Seoul branch follow the same system?

Our themes are divided into four categories - work, love or relationships, ego and culture. We are trying to expand more contents in the “ego” and “work” sections. We are not yet at the level of producing our own content but are working on it. We will use textbooks that are used in London with minor changes to apply to Koreans and our culture. For example, we included conflict between daughter-in-laws and mother-in-laws under the “love or relationships” theme.

Then is somebody teaching your lecture on how to find a job you love at the school in London?

Basically, yes. Before, due to geographical limitations and lack of exchange, people living in different parts of the world had very different living environments. But now, we share so much together that the curriculum doesn’t really have to change for every city where the school gets established. I didn’t find that many differences between living in Paris and living in Seoul. That’s the charm [of the school]. It teaches you about things we all think about and questions we have on life.

It’s been about two months since you opened the school. Is running the school similar to what you imagined?

It’s really fun. At first, I honestly thought it would not work in Korea. But I see people using their own time and money to come and listen to the courses provided at the school. They are all ready to open-mindedly talk about one question they have in life for three hours.

The people who come to the same course may not have any similarities in their age group or occupations, but because they have the same question about life, the energy that gets created in class is great. I feel like I’m learning and growing whenever I meet these people.