Shenzhen is the new mecca of aerial vehicles

Shenzhen is the new mecca of aerial vehicles 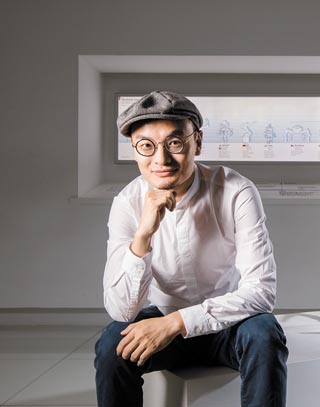 SHENZHEN, China - DJI, the market leader in easy-to-fly drones, is the pride of locals on mainland China.

With a variety of unmanned aerial vehicles flying over the company on a recent visit, DJI’s headquarters was not difficult to find.

As the hub of the firm’s development, most areas in the building were restricted. “About 70 percent of 1,500 workers at the headquarters are engineers and researchers,” Moon Tae-hyun, a manager at DJI’s Korea Department said.

There is a sign in front of the CEO’s office located in 21st floor saying “Only the brain can enter, keep out the emotion.” The sign reflects DJI CEO Wang Tao’s principles. “Technology is what is most important.”

DJI has developed the best technology in certain drone technical parts such as the flight controller, the brain of the drone.

Wang founded the company in 2006 while doing a school project researching helicopter controlling systems as a student at Hong Kong University of Science and Technology.

Wang and the company went through hard times at first and some of the DJI’s co-founders left the company. However, as its drone named “Phantom” gained popularity, DJI started to get more attention from abroad. There were more than 400,000 Phantom drones sold globally in 2014.

The world’s largest electronic mall, Huaqiangbei, is located in Shenzhen. There are about 70 buildings clustered at the mall, and some locals joke they can easily make a satellite from parts bought at the mall.

On a recent visit to the mall, there were numerous parts and products available and also numerous stores that sell drones at bargain prices ranging from about 200 yuan ($30). Huaqiangbei is known as the mecca of drones.

The Chinese government has also played a key role in the country’s drone industry. The government has put no limits on where drones can operate. As a result, drones are used in various ways.

Alibaba, online retail giant, is currently operating a pilot program that delivers items through drones in nine cities including Beijing and Shanghai. The government also uses drones to spray certain chemical products in the air to reduce smog.

Drones were also used to track prohibited electronic devices such as cell phones that were being used while college entrance exams were being taken.