2 members of H.O.T. to reunite this Sunday

2 members of H.O.T. to reunite this Sunday 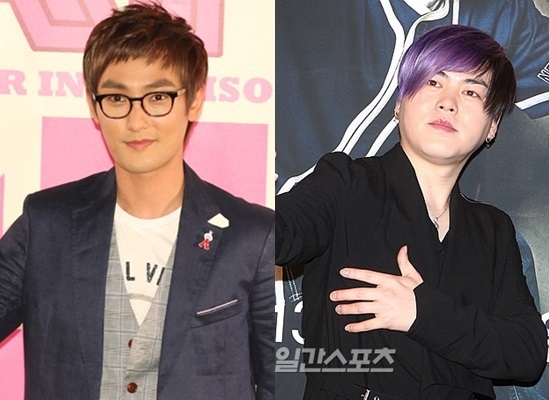 Singer Moon Hee-jun will reunite with his former groupmate Kangta for an upcoming concert to commemorate the 20th anniversary of his debut.

The two performed as part of H.O.T., a first-generation K-pop boy group which broke into the music scene in 1996.

Moon is holding concerts for four days this week at Lotte Card Art Center in Hapjeong-dong, Mapo District, western Seoul, and Kangta will be a guest for the Sunday show, the last of the series.

Show Plus Entertainment, which is producing Moon’s concerts, said on Monday that it is the first time the two are performing together since H.O.T.’s last concert in February 2001.

But the production company added that “Kangta’s appearance in Moon’s concert has nothing to do with H.O.T.’s reunion,” because many local entertainment news agencies have reported that the former members of H.O.T. are likely to perform together to mark their 20th anniversaries.

Many big-name singers of the late ’90s have reunited in recent years, and fans of H.O.T., which ruled the ’90s and early 2000s music scene, wish to see them reunited. But the former members say there is no possibility of them performing again under the name H.O.T.