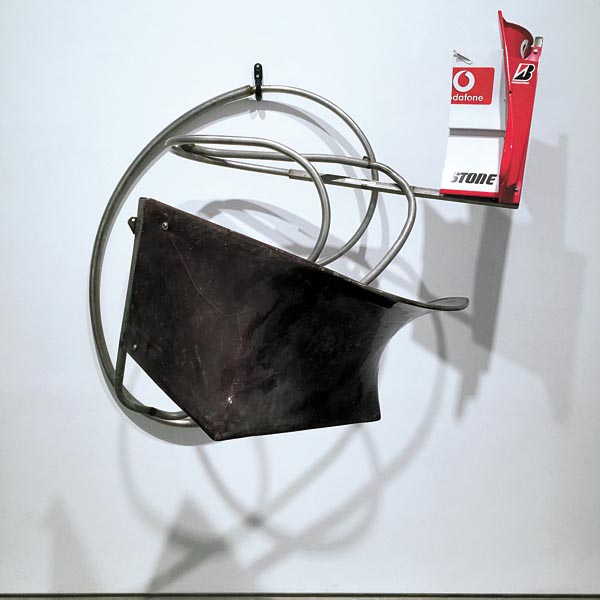 To Saturday: The show features the recent sculptures by the renowned American artist Frank Stella, 79. Twelve of the 13 pieces now on view at Leeahn Gallery hang on the walls, showing their relation to Stella’s famous paintings related with the minimalist movement in the 20th century. They are part of the artist’s “Bali Pieces” series created between 2003 and 2009 and his “Scarlatti Sonata Kirkpatrick” series created since 2006. Each sculpture of the “Scarlatti” series, inspired by the 18th-century Italian composer Domenico Scarlatti’s sonatas, consists of a 3-D-printed body and rhythmically bent steel tubes.

Admission is free. Go to Gyeongbokgung Station, line No. 3, exit 3, and walk 7-8 minutes.

A HOMAGE TO KOREAN ARCHITECTURE: WISDOM OF THE EARTH

To Feb. 6: The exhibition started from a project to publish a photographic collection of Korean architecture. So it features the images of old Korea’s architectural masterpieces including Bulguk Temple, the shrine of Jongmyo and Changdeok Palace by six famous contemporary Korean photographers: Joo Myeong-duck, Bae Bien-u, Koo Bohn-chang, Kim Jae-gyeong, Seo Heun-kang, and Kim Do-kyun.

But it is not only a photo exhibition. The museum has juxtaposed the photos of the old iconic buildings with the paintings of them by old masters, the old maps of the sites where they were built and their 3-D-scanned images and models of high-end technology.

Admission is 5,000 won ($4.30) for adults. Admission for elementary, middle and high school students is free on weekdays. The museum is closed on Mondays. Go to Hangangjin Station, line No. 6, exit 1, and walk for five minutes.

THE POETRY OF DESIGN