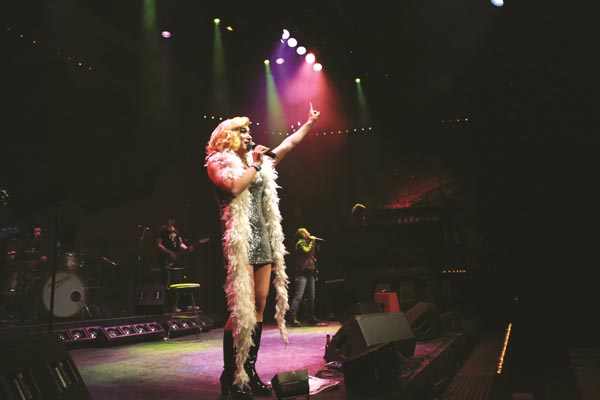 The Korean production of the popular musical “Hedwig and the Angry Inch” will kick off this year’s run in March with some new actors and previous cast members including star Jo Seung-woo, above. [COMPANYDA] 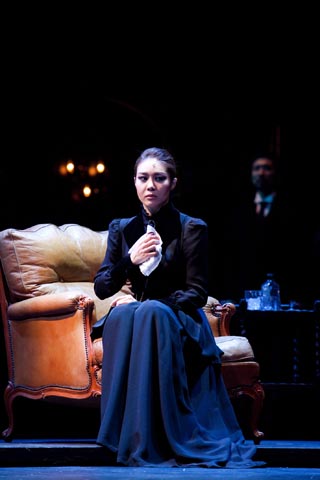 To Sunday: This family-friendly doll production of “Swan Lake” is filled with all sorts of adorable animals. The production centers on a girl, Ye-sul, who ventures into a fantasy world hidden in the woods along with her animal friends. But in the middle of her adventure, she is turned into a swan, and to break the curse, she must earn the fox’s true love.

To Feb. 6: The Korean production of “Chicago,” the longest running musical on Broadway, is being staged at the D-Cube Arts Center again this year with its usual cast including Ivy in the role of Roxie Hart and actor Lee Jong-hyuk as Billy.

To Feb. 28: After five years of preproduction, the Korean version of “The Orchestra Pit” is finally hitting the stage. This meta-comedy sketch, which originally debuted in Japan in 2000, provides a behind-the-scenes look at the lives of musicians in a pit orchestra. The production features several prominent silver screen actors, including Hwang Jung-min - who most recently starred in the megahit films “Veteran” and “The Himalayas” - as the conductor.

To Feb. 28: “Let Me In,” also known as “Let The Right One In,” is a story that reveals the true meaning of love. A teenage boy, Oskar, who suffers from school violence meets a vampire girl, Eli. The relationship between a lonely boy and girl contrasts with the love of an old man, Hakan, toward Eli.

The play is produced by John Tiffany, who worked on “Black Watch” and the musical “Once.”

“Let Me In” has been named after the title of the American remake of the original Swedish film. It alludes to a special rule for vampires that they need an invitation to go into a human’s home.

Park So-dam, who showed her acting potential in the movie “The Priests,” is playing the role of Eli.

Feb. 24 to Jun. 4: The Korean production of this megahit musical is returning to the Charlotte Theater. Sophie is about to get married and wants her father to give her away, but the problem is she doesn’t know who her father is.