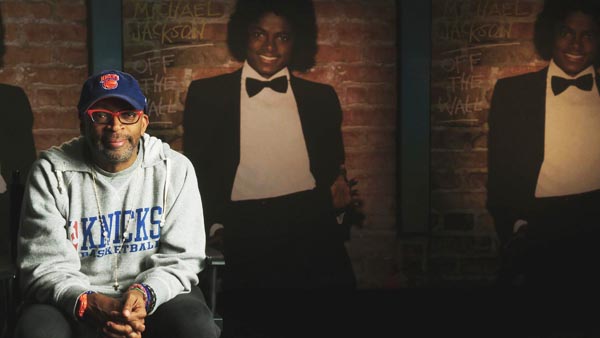 PARK CITY, Utah - As a young artist, Michael Jackson knew he wanted to be legendary.

“I will be magic,’’ he wrote as a teenager, outlining his plans for his career. “I will be better than every great actor roped in one.’’

Jackson’s drive to succeed and his striking talent as a singer, dancer and songwriter are the focus of Spike Lee’s new documentary, “Michael Jackson’s Journey from Motown to ‘Off the Wall’,” which made its world premiere Sunday at the Sundance Film Festival.

“This film is all about love toward Michael Joseph Jackson,’’ Lee said as he introduced the film, which is dedicated to Jackson’s children Prince, Paris and “Biji’’ (formerly Blanket), along with family matriarch Katherine Jackson.

Beginning with the Jackson 5’s earliest songs with Motown Records - featuring a charismatic 9-year-old Michael on lead vocals - the film explores Jackson’s growth as an artist and the perfectionist nature that fueled his work ethic.

Archival footage of the Jacksons’ performances on “The Ed Sullivan Show,’’ “American Bandstand’’ and their “Destiny’’ tour is interspersed with interviews with music industry talents from then and now. Sammy Davis Jr., Gene Kelly, Berry Gordy, Quincy Jones and Questlove, along with contemporary music producers Mark Ronson and Rodney Jerkins, are among dozens of voices in the film. Jackson’s brothers Marlon and Jackie also appear on screen, but sisters Janet and LaToya do not.

This film makes viewers miss Jackson’s dynamic dancing and mellifluous voice while deepening their appreciation of his talents and endless efforts to hone them.

“I do believe deeply in perfection,’’ Jackson says in a 1976 interview.

It captures Jackson’s evolution from a breakout child star to a multifaceted adult entertainer determined to transcend barriers of race and genre. The film follows Jackson’s career until the release of his groundbreaking 1979 album “Off the Wall,’’ which paved the way for 1982’s “Thriller,’’ the best-selling album in history.

It doesn’t get into Jackson’s personal life or any of the legal troubles that would plague him later in life. It’s simply a portrait of a man and his music.