Show goes on minus star designer

Show goes on minus star designer 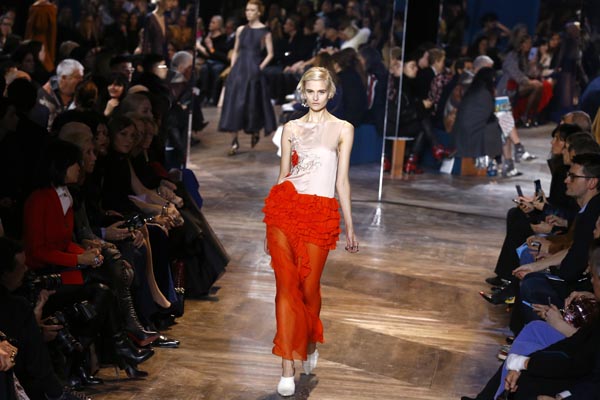 It shocked the fashion world in October when Dior’s latest star designer, Raf Simons, resigned. Many were baffled, since it came just a few months after the release of the highly-publicized documentary, “Dior and I,’’ which explored the Belgian-born designer’s beginnings at the iconic Parisian house.

A group of unnamed atelier designers came out at the end of the valiant job-well-done to take a deserved bow.

It was against the rather symbolic decor of 360-degree, identity-less mirrors.

Dior is currently searching for a new designer - their third in five years. Simons had replaced John Galliano after he was sacked amid controversy in 2011.

In the clothes, the “spontaneous, relaxed Parisienne of today’’ mixed with the iconic styles of the 1940s and 1950s.