Taxman is on the prowl for cheaters overseas

Taxman is on the prowl for cheaters overseas 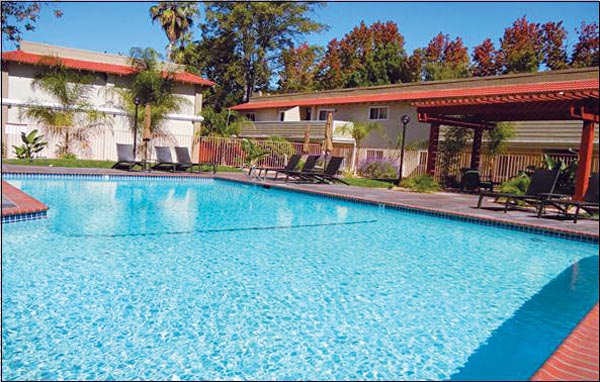 A luxury house overseas that an offshore tax evader inherited from his father.

An unnamed Korean, according to the National Tax Service (NTS), was living a luxurious life with properties and investments inherited from his father. This inherited fortune, which included stocks overseas, high-end residences as well as diverse financial assets, was not only unreported to the Korean tax agency but was managed by an offshore trust fund that his father created. The son sold the overseas stock and properties and moved some of the profits he made into Korea illegally. He was caught - and fined 60 billion won ($49.9 million) on charges of evasion of inheritance and income tax.

In another case, a Korean created a shell company in the British Virgin Islands to stash black money. A company he owned sent money to the shell company, which then invested in an overseas resources company. The Korean sold that investment and hid his profit through the shell company, using it for his personal spending.

The NTS says it is cracking down on tax dodgers like these two cases and is warning investors to come clean on properties they own overseas or profits they made there. An agreement with the United States over the Foreign Account Tax Compliance Act that kicks off this year is expected to tighten its grip on offshore tax dodgers.

The tax agency Wednesday said it started this month a simultaneous investigation of 30 individuals and companies suspected of offshore tax evasion. 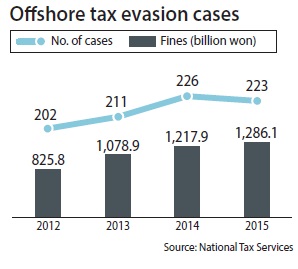 It said many of the company owners being investigated rerouted their fortunes or created slush funds at some kind of overseas branches. Some of the companies transferred money for supposed investment to the shell company, but the owners just used it for spending.

In other cases, the shell company disguised itself as a foreign institutional investor investing in the Korean market and sending the profit overseas without paying local taxes. In other cases, people brought back profits made overseas without reporting it and stashed it in bank accounts under other people’s names, including their employees.

Offshore tax evaders have until March to voluntarily report earnings made overseas or properties they own. Korea and the United States signed an agreement last year in which the countries will exchange information every September about financial accounts held by the other country’s nationals. In other words, the Korean NTS will give the U.S. Internal Revenue Service information about Americans’ accounts in Korean financial companies and vice versa.

“We plan to raise the intensity of tax audits on offshore tax evasion, and thanks to the automatic exchange of financial account information program, it will be easier to spot dodgers,” said Han Seung-hee, head of the investigation bureau at the NTS. “The best solution is to voluntarily report any properties and income by the end of March.”