New genres are filling the airwaves

New genres are filling the airwaves 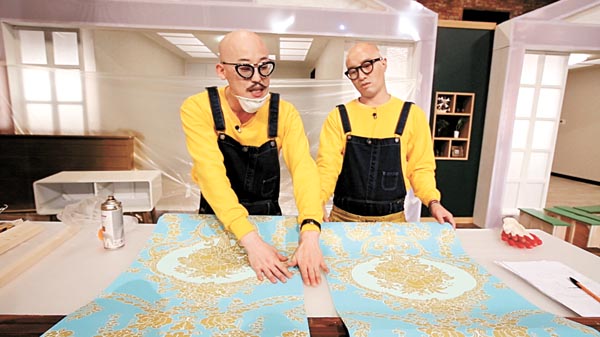 While cookbang or cooking shows ruled the airwaves in 2015, the newest trends in broadcasting for this year are jipbang and petbang.

Jipbang is a compound of jip, meaning house, and bang, which comes from bangsong or broadcasting, while petbang refers to TV shows about pets.

Experts say these two shows are quite similar in the way that they comfort the viewers. Jipbang shows target people who want a tidy and cozy home, and petbang shows feature cute, furry creatures.

“Old House, New House” on JTBC and “My Room’s Dignity” on tvN have different formats, but they focus on how to spruce up a room with a limited budget.

“Old House, New House” was inspired by the popular JTBC cooking show “Please Take Care of My Refrigerator.” The latter show brings the refrigerators of two celebrity guests to the studio for each episode, and chefs compete to create dishes from the contents in 15 minutes.

Similarly, “Old House, New House” invites a single celebrity guest who wishes to update his or her room every week, and then two groups of interior design experts - mostly consisting of an interior designer and a celebrity who is interested in interior design - work on renovating a copy of the guest’s room in the studio. In the end the guest chooses the winning design.

“We have discussed a lot about the next trend after cookbang, and came to a conclusion that it lies with jipbang. We tried to add entertainment by making two groups of experts compete with each other,” said Sung Chi-kyong, a chief producer of the show.

Meanwhile, “My Room’s Dignity” invites self-taught interior design geeks to the studio to share their design tips by showing pictures of their places.

Mostly famous interior design bloggers appear on the show and share their inexpensive secrets for keeping up with the latest interior trends. For example, one famed blogger demonstrates how to make a fake marble tray. While a real marble tray costs more than 60,000 won ($49), it only takes a few 1,000 won notes to make the fake version.

Oftentimes, the bloggers’ tips surprise the interior experts who regularly appear on the show.

Interior design has been one of the most popular types of cultural content on the web. According to Naver, the country’s largest web portal which accounts for more than 70 percent of the web search market, the most popular blog last year was Jason’s Self Interior with 90,949 subscribers.

Jason, who is in his 20s, is not a professional interior designer but he turns old, shabby rooms into hip and trendy places.

The local online market research company Macromill Embrain also ran a survey recently to find out what people think about interior design, and 87.8 percent of survey participants - especially those in their 20s, 30s and 40s - consider decor as a way to expressing their personalities. They also consider redesigning their homes as a good way to spend their free time.

TV shows featuring pets are not new to viewers, but “Mari and I” on JTBC and “A Man Who Feeds the Dog” on Channel A differentiate themselves by putting emphasis on the relationships between humans and animals.

For “Mari and I,” eight male celebrities including entertainer Kang Ho-dong and Kim Jin-hwan and B.I., members of the K-pop boy group iKon, pet sit for owners who go on vacation or business trips.

“A Man who Feeds the Dog” candidly depicts the everyday lives of four male TV celebrities and their dogs.

The shows also give tips on how to train dogs and take care of other pets.

“The quintessential part of this program is showing the way people communicate with their pets. As they interact with animals, celebrities show different sides that we haven’t seen in the past,” said Kim No-eun, a producer for “Mari and I.”