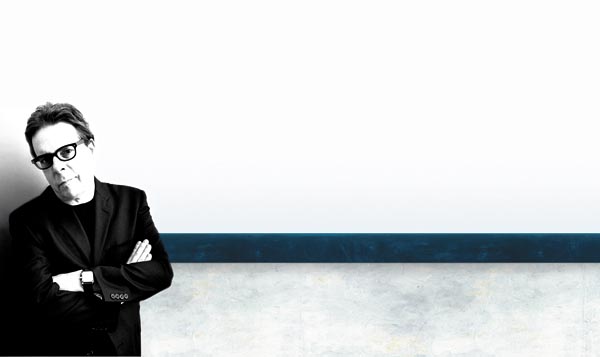 What is your big question about life?

You might find some helpful answers at the upcoming three-day lecture relay titled “Grand Master Class - Big Question,” where more than a dozen of renowned figures from diverse fields of expertise are scheduled to mull over some of the big questions they have encountered in their lives.

A one-day ticket for the eight-hour lecture costs up to 80,000 won ($67), but Koreans seemingly can’t get enough of this type of philosophical enlightenment. Perhaps it is because they are living in such a chaotic world where defining one’s own self is the hardest challenge in life.

One of the most talked-about lecturers this year is best-selling author Douglas Kennedy, who has penned numerous novels and travel essays, including his 2010 book “The Big Picture,” which gained an immense following from Korean readers and stayed on top of the best-seller chart for 153 weeks.

But above all, “Big Question - All the Big Questions,” which the lecture relay is named after, certainly stands out.

Not only because it is a collection of essays rather than a novel, but also because it is a biographical piece, explaining incidents in Kennedy’s life which led him to where he is today and which became inspirations for many of his other works.

Born to an Irish father and a Jewish mother, the 61-year-old author confesses that his wandering lifestyle originated from his parents’ frequent fights and his wish to be away from them. Although he understands better than anybody else how important the role of parents is to their children, Kennedy ended up divorcing his wife whom he had two children with.

After ending things with his wife and his father, with whom he had constant conflicts, Kennedy says that peace and happiness finally came into his life.

Before he takes to the stage at Kyung Hee University’s the Grand Peace Hall on Saturday, the JoongAng Sunday, a Korea JoongAng Daily affiliate, talked with the author by e-mail.

Kennedy’s works include, from left, “The Big Picture,” “Big Question — All the Big Questions” and “The Heat of Betrayal.” [JOONGANG SUNDAY]

Below are the highlights of the exchange.


Q. Your 2015 book “Big Question - All the Big Questions” is quite impressive in how it combines short stories and essays, and also how it reveals your private life. Why did you decide to write the book at this particular moment?

A. In 1998, my son Max was diagnosed as autistic. In 2001, I had a rupture with my family that had created a permanent schism between me and my father. And in 2008 my 23-year old marriage fell apart. In short, I had quite a decade of trauma and changes, many of which left me reeling.

However it was also one of the most creative periods of my life - during which I wrote five novels and traveled the world. But it was a ferociously challenging, unsettling period - and it got me thinking: Is life so often about surmounting the challenges that come our way? And I began to think in a profoundly philosophic way about the fact that there are big shared questions looming over everyone’s existence - and ones for which there are no correct answers. But how we grapple with those questions determine how our destiny plays out.

The book and many of your novels argue that the hurdles that appear in people’s way are actually put there by the people themselves. What are the traps that you have set in your life, and how did you overcome them?

I was brought up by two parents who were deeply unhappy in their marriage, and deeply unhappy in themselves. For years I actually blamed myself for their unhappiness until I began to realize that life in a toxic family is like the Myth of Sisyphus - a situation that would never change. I began to realize that life with them would always be like this; that this was an untenable situation of ongoing unhappiness. Walking away from that was one of the hardest things I’ve ever done. It was also the most necessary decision I ever made.

Can you pick three moments when you did something that eventually changed your destiny?

[First,] refusing to bow to my father’s pressure to go to law school, and running away to Ireland to form a theater company. [Second,] deciding three years later to seriously try to write and getting my first play accepted by the BBC. And then I left Ireland to move to London in 1988 - another great necessary leap into the unknown. [Lastly,] it was having children, which completely altered the contours of my existence. Being a parent is the best work you can do. It is also the hardest work imaginable (and I say that in a positive way!).

Why did you decide to write novels? Is it really because you believed that it was an effective way for people to reassure themselves that they are not the only people who are going through desperate situations?

I think we all read to remind ourselves that we are not alone. If one of my books can allow a reader to understand that their dilemmas are shared ones, and all part of the human condition, then I have indeed done my job well. 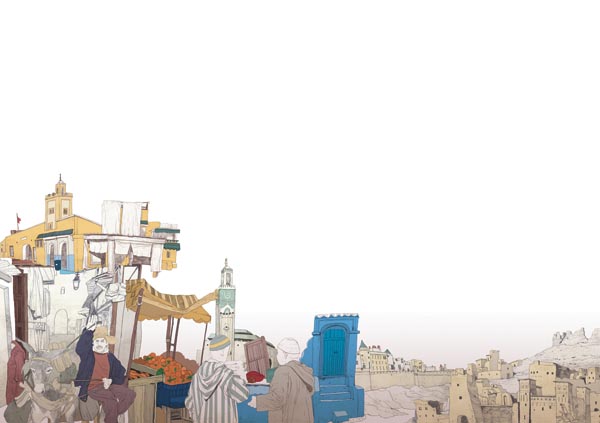 I wonder if the word “happiness” is still a hard-to-find term in your life. Also, what is the word that frequently appears in your life these days?

Happiness is a moment, here-and-there. Happiness is an aspiration - but not a state of being. But having an interesting life is, for me, a form of happiness - underscored by the understanding that you frequently will not get things to go the way you want them to go. My favored expression of the moment is a French one “on verra” which simply means “We’ll see.” To me “on verra” encapsulates the existential approach I always take to life. You can make plans, you can tell yourself you want to do this or that, but then life often intercedes. Everything is “on verra.”

Your new book “The Heat of Betrayal” seems to contain a stronger faith in love. Is it related to your real life?

I was married for 25 years and considered leaving my marriage for the final decade of it. But I had two small children and really couldn’t bear the thought of breaking up the home. I finally did go. The divorce was a nasty process - but I got through it, ensured that my children and I remained very close, and saw that - as sad as it was to go - it was also a great relief - and the start of a new chapter in my life.

Three-and-a-half years after it all, I did fall in love with someone remarkable - a Canadian psychoanalyst, also divorced - and we got married a year later. So yes. I do believe that love can be redemptive. Just as I also think love is the one thing in life we all chase. It’s like happiness - the great elusive pursuit.

Can you briefly explain what the book is about? I heard that it was published in two different titles: “The Heat of Betrayal” in England and “The Blue Hour” in America.” Why is that so?

[It is] both an adventure story and a modern nightmare of a woman [named Robin] falling deeper and deeper into a spiral of terrifying events. My English publishers pushed for “The Heat of Betrayal.” It was not a bad title, but “The Blue Hour” is the one I prefer. The French imagist poet, Verlaine, used it to describe that moment before sunrise or sunset where nothing is what it seems. It’s the perfect title for a novel where - as the reader discovers - nothing is what it seems.

Why do you think your novels are so well-loved in Korea?

Perhaps because so many of my novels concern themselves with the dance we all make in life between our dreams and the responsibilities that family and society impose on us. I sense that it has touched a profound chord in Korea - as it also does in the U.S. - where we are always being told that we must justify our existence and all that has been invested in us.

What do you want to share with the Korean audience in your upcoming lecture?

If my lecture in Korea will have one major theme, it is the notion that the hardest thing in life is to live the life that you want. And that the biggest argument we all have in life is with ourselves.