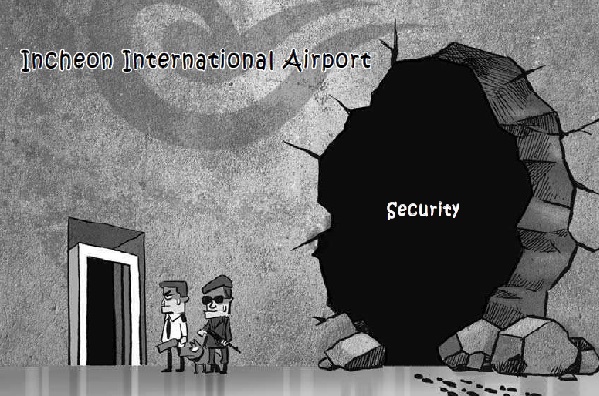 A Chinese couple broke through the multilayered security system at Incheon International Airport to illegally enter the country last week. The two were arrested four days later, but how they could have evaded multiple immigration stops at one of the world’s largest airports has raised serious questions about airport security.