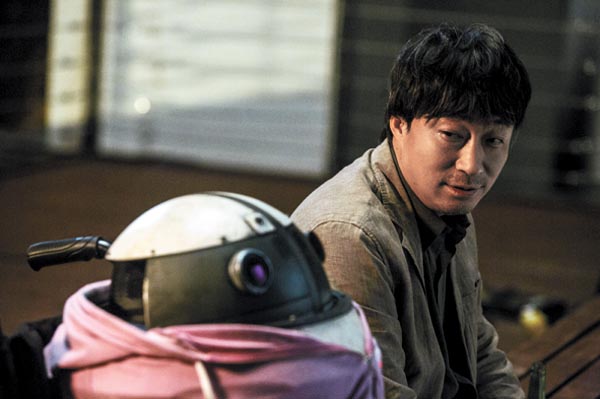 The one and only daughter of Hae-kwan (Lee Sung-min) has gone missing.

As a gruff father who has many regrets about behaving indifferently toward his little girl, Hae-kwan feels all the more frantic once his daughter goes missing.

There is no evidence or clues, but he searches everywhere to find his daughter, Yoo-ju (Chae Soo-bin), for 10 years.

At the point of giving up, he comes across a robot that can recognize any voice in the world.

This robot, which Hae-kwan names Sori - literally sound in Korean - is the desperate father’s only chance of finding Yoo-ju.

Sori is unlike other robots in that it judges and thinks with emotion. The combination of Hae-kwan’s paternal love and the sensitive robot will touch your heart.

The movie has been highly anticipated by movie fans thanks to its high-quality cast.

Lee has been well-loved by fans since his role in the hit drama series “Misaeng” (2014).

In addition, the cameo appearance by Ryu Jun-yeol, who recently played the part of Jung-hwan in the cable TV drama “Reply 1988,” is not to be missed.

Can you imagine if your loved one disappeared suddenly, without any notice, especially during your honeymoon trip?

What would you do?

In the independent film, “A Korean in Paris,” Cho Jae-hyun plays a man, Sang-ho, who loses his wife, Yeon-hwa. He searches for her every day and faces unknown obstacles in the back alleys of Paris. After two years of fear and hope, Sang-ho meets a woman, Chang. For the first time since his wife disappeared, he feels desire toward someone.

But one day, a prostitute appears in front of Sang-ho telling him that she knows where the person she believes to be Yeon-hwa is.

The movie is based roughly on the real story that the director, Jeon Soo-il, actually heard while he was studying abroad. He had so many questions after listening to such a story, which inspired him to make a character, Sang-ho, to portray his own understanding. The movie prompts the audience to ask questions that will lead them to rethink and look back at their lives.

The beloved panda and his animal friends are back on the big screen again in the third installment of “Kung Fu Panda.”

The first movie came out in 2008 followed by the second in 2011. The total domestic attendance for the first and second films was over 9.7 million moviegoers.

This time, Po, the kung fu panda, cannot resist the challenge of teaching martial arts to the pandas he met in the secret village of pandas.

After Po’s reunion with his biological father, he is living in the panda village hidden deep in the forest.

He confronts unexpected events which include the appearance of Kai, an evil spirit that has come back from the dead.

Jack Black, known for his acting in movies such as “The School of Rock” (2003), “King Kong” (2005) and the recent “Goosebumps,” plays the voice of Po, once again alongside the usual all-star cast of voice actors including Angelina Jolie, Lucy Liu and Jackie Chan.

Kate Hudson and J.K. Simmons have joined the team for the first time.

Black came to Korea last week to meet with Korean fans, and he also participated in the shooting of an episode of the famous TV program “Infinite Challenge,” which will be broadcast on Saturday. 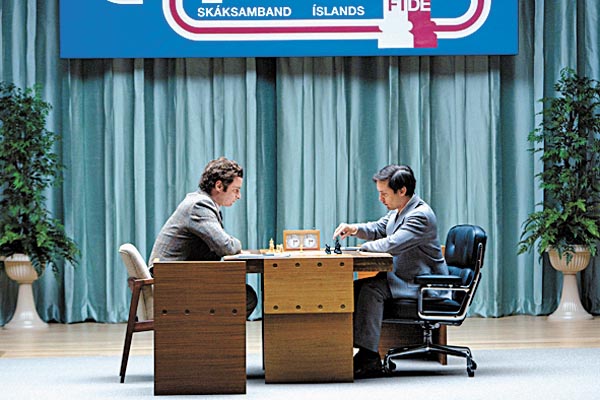 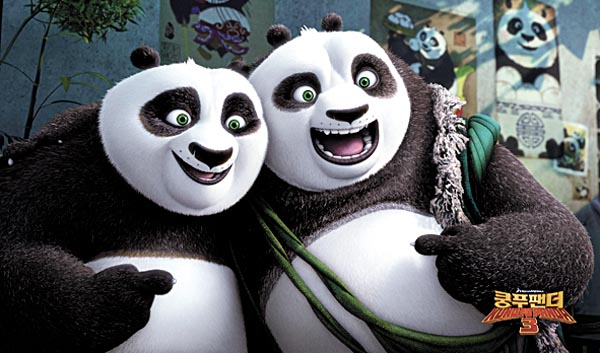 In an extremely high-stakes game, two top genius chess players are going head to head. It is known as “the Match of the Century.”

This movie is based on the real story of the 1972 World Chess Championship match between Bobby Fischer of the United States and Boris Spassky of the Soviet Union. Fischer was the star of chess, who at the age of 13 conquered most of the games and became the youngest grandmaster at the age of 15. In 1972, he challenged the defending champion, Spassky.

This historic match has been resurrected by director Edward Zwick, who showed his filmmaking skills in the movies “The Last Samurai” (2003) and “Blood Diamond” (2006).

Tobey Maguire, who plays Fischer, also took part in the production of the movie. Maguire is not inexperienced as he was credited as a producer for “25th Hour” and “Seabiscuit.” Furthermore he has been acknowledged for his acting in three “Spider-Man” films as Peter Parker and in “The Great Gatsby” (2013) as Nick Carraway.

Do you want to see the reality of Wall Street?

This movie gives a juicy behind-the-scenes look at the competitive financial world.

The film focuses on the dark side of the financial industry two years before the subprime mortgage crisis broke out in 2007.

It pinpoints how the four characters - Michael Burry (Christian Bale), Jared Vennett (Ryan Gosling), Mark Baum (Steve Carell) and Ben Rickert (Brad Pitt) - become rich using the crisis. And just seeing this all-star cast together on the same screen is a good reason to go to the theater.

The movie is based on the book of the same name written by Michael Lewis in 2010. It criticizes how the crisis could have been prevented.

The film starts with Burry predicting the unstable real estate market and a complete collapse that will follow, which no one else takes seriously.

Despite the opposition, he decides to invest against the housing market, believing that the bubble created from skyrocketing price of real-estate will soon burst. Then the others join in.

Eventually, as everybody knows, the four outsiders of Wall Street earn millions of dollars from that investment.

The film has been nominated for five Academy Awards, including Best Picture and Best Director. The awards ceremony will take place Feb. 28.

What does the phrase, “Love is fierce, pitiful, and enormous,” mean? It is not an easy question to answer. 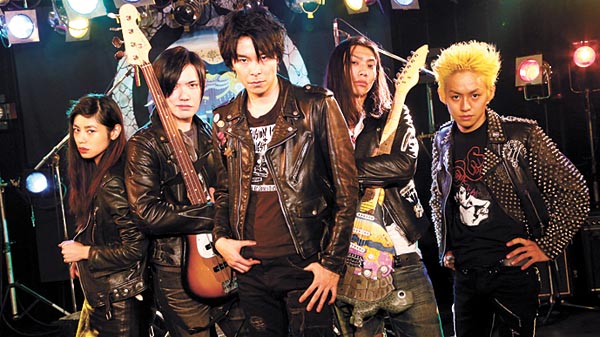 This is the message from this film’s director, Sion Sono.

Sono is a maverick who does not follow convention in his films. Love and peace, as contained in the movie’s title, are interestingly well combined in his style, which blends the genres of comedy, drama and sci-fi.

The director said this film is a huge compilation that integrates his experiences over 30 years.

At the 2015 Bucheon International Fantastic Film Festival, “Love & Peace” was well-loved by many moviegoers.

Ryoichi Suzuki (Hiroki Hasegawa) dreams of becoming a rocker, but as he is too timid and introverted he is just a mere salaryman. One day, he sees a little turtle that steals his heart and names it Pikadon. However, when co-workers find out about it they laugh at him, causing Ryoichi to get rid of the turtle, which he later regrets.

This movie will warm the hearts of anyone sick of the dull, harsh reality of their lives.