Kim Je-dong is heading up a new charity

Kim Je-dong is heading up a new charity 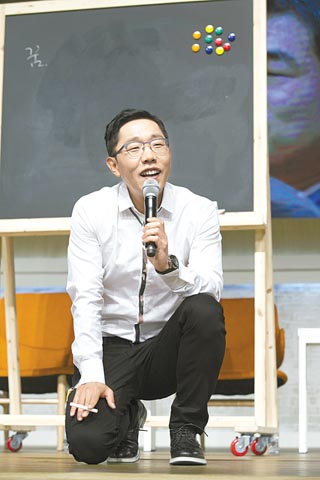 TV celebrity Kim Je-dong launched a charity to help teenagers and youths late last year, according to his agency, Dee Company, which announced the news on Thursday.

The company said Kim and about 50 other people gathered together on Dec. 21 to launch the charitable organization, and Kim was selected as head of the corporation.

On the day of the first gathering, the corporation, called Kim Je-dong and Eokkaedongmu, delivered subsidies to students of Danwon High School who couldn’t afford school meals. Hundreds of students from the high school located in Ansan, Gyeonggi, were killed or went missing in the 2014 Sewol ferry sinking.

Eokkaedongmu is a Korean word that means putting one’s arms around another’s shoulders.

“Kim frequently gives lectures to high school and college students, and he thought it was time for him to help young people in need so that they can stand on their own,” a person working at Dee Company told Yonhap News Agency.

Kim regularly holds talk concerts, which are paid appearances by celebrities who do not usually sing. At these events, Kim talks about various topics from relationships to life to love.

The celebrity also hosts a talk show titled “Kim Je-dong’s Talk to You” on JTBC.

Kim is known for being an entertainer who lends his voice to social issues.