Singer Hoya is getting serious about acting

Singer Hoya is getting serious about acting 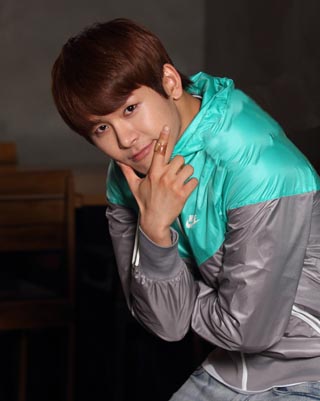 The big-screen debut of K-pop singer Hoya, a member of the boy group Infinite, is being released sometime in March.

The film, titled “Hiya,” is about the relationship between a troublemaker and his younger brother, who dreams of becoming a singer. Hoya plays the younger brother.

The K-pop star has been appearing in drama series, and this is his first major film role.

In landing the movie role, Hoya decided to go by his real name, Lee Ho-won, when pursuing acting. Woolim Entertainment, the singer’s agency, said it is Lee’s wish to be taken seriously as an actor.