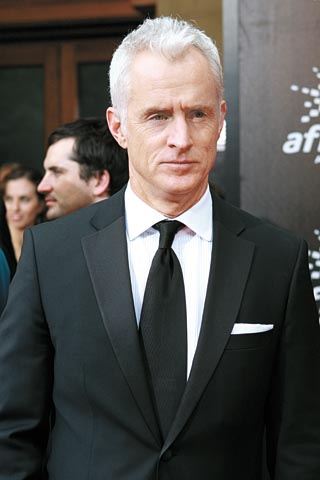 John Slattery, a Boston-born actor, became a celebrity in the U.S. for his roles in “Sex and the City,” “Desperate Housewives” and “Mad Men.”

But in Korea, he is known for playing sidekicks in action blockbusters like “Ant-Man” and “Iron Man 2.”

This time, the 53-year-old actor is making his directorial debut through a poignant black comedy titled “God’s Pocket,” starring the late Phillip Seymour Hoffman. It was adapted from an eponymous 1983 novel written by Pete Dexter.

The film delves into a series of incidents in a small Pennsylvania town named God’s Pocket, where everybody is in each other’s business.

In time for the film’s release this week, and ahead of the highly acclaimed film “Spotlight,” in which he plays a Boston Globe investigative journalist, the Korea JoongAng Daily talked with Slattery by email.

Q. What did you want to emphasize in particular when adapting the novel to the big screen?

A. The people Dexter wrote in the book were complicated and unpredictable - sincere one minute, sarcastic the next - friendly to some, but not afraid to resort to violence to get their point across. And they all had a good sense of the truth - even if they weren’t telling it.

Can you explain the symbolic significance of God’s Pocket in the film, where everyone in town is so proud of to be part of it, so much so that they are unconsciously shutting out those who are from the outside?

It happens everywhere. People’s homes become their identity. The world is so territorial. In God’s Pocket you have this central character [played by Hoffman], who’s basically alone, fighting so hard to find a home in a place where everyone is constantly reminding him he’s an outsider, until finally he begins to get the message.

What was the biggest difficulty or hardship you experienced while directing compared to acting?

There’s so much more to think about than just your performance when directing. You’re responsible for all of it. I like making those creative decisions in trying to get a specific idea, moment or picture across to an audience.

Now that you have directed your first film, how do you want to steer your career in the future?

I like the variety possible in this business, if one is lucky. I’ve been able to do theatre, movies, television, comedy and drama. I enjoy writing sometimes as well. I don’t really have a plan, beyond finding an emotional and/or intellectual connection to something and letting that lead the way.

What was it like to have worked closely with the late Hoffman?

I just feel very lucky to have gotten the chance to work with him. It’s very sad that he’s gone.