Not your average martial arts flick

Not your average martial arts flick 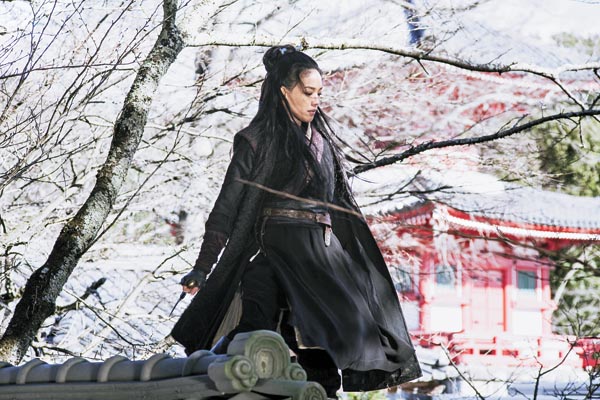 Hou Hsiao-hsien, the Taiwanese auteur behind internationally acclaimed works like “A City of Sadness” (1989), has returned with his first martial arts film, “The Assassin,” ending an eight-year hiatus.

After sweeping last year’s international film awards including the Cannes Film Festival, where he won for best director, along with five wins at the Golden Horse Awards, Hou recently visited Korea.

Based on a novel titled “Nie Yinniang” which Hou read during his college years, “The Assassin,” set in the Tang Dynasty of China during the eighth century, follows a solitary female swordswoman named Yinniang (Shu Qi), who was taken away from her family to be raised as a professional killer and take out corrupt government officials.

But instead of having a cold heart of a killer, Yinniang has a soft spot for young children and familial love. So she is sent by her master to kill her distant cousin, Tian Ji’an (Chang Chen), a governor of a powerful province to whom she was once engaged and had loved. 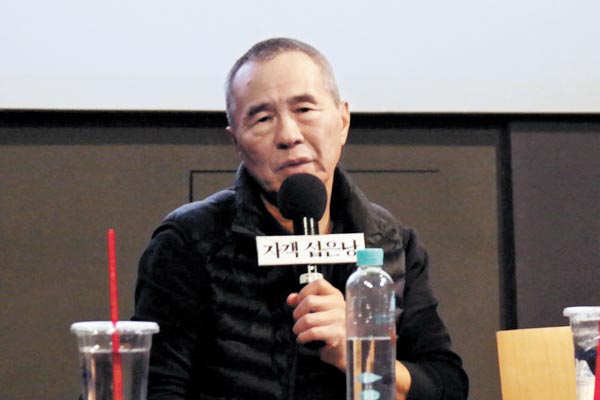 Hou speaks during a press event in Seoul on Wednesday. [JINJIN PICTURES]

Unlike the usual martial arts films in which levitative action scenes are as abundant as corny love stories, “The Assassin” keeps the sentimentality to a minimum and tones down the splashy swords fights.

“I have seen many martial arts films, but what I consider the most important in my films is, without doubt, realism,” the director said during a press event on Wednesday in Seoul.

“I don’t prefer gravity-defying scenes where people fly around,” he added.

His emphasis on “realism” partially explains why it took him as long as eight years to finally present this film to the public.

“I had to go through historical research on all aspects of the film, including the clothes and the set,” he explained. “We traveled to Japan in order to film the exteriors of architecture from the era which was still maintained there,” he said, adding that he is now able to tell diverse stories set in that particular era, when China was experiencing a golden age.

When asked about the powerful female figures in the film, he said that women were actually “very powerful during the Tang Dynasty” according to his research.

Filling in for the exaggerated kung fu fight scenes is the sublime beauty of mainland China’s natural landscape, as well as that of Taiwan.

The actors don’t have many lines, but Hou attempts to communicate through the camera by capturing the gaze of the characters through translucent curtains embroidered with golden thread or between bare, slender trees.

The director said he is in the process of writing a screenplay for a film that focuses more on the history of Taiwan, although there has been friction with the investors about how much he wants to cover the issue.

“I always think I should treat historical films directly, but investors want to treat it from a far distance,” he noted.

Hou is planning to participate in discussion sessions with movie audiences in Korea until Saturday.