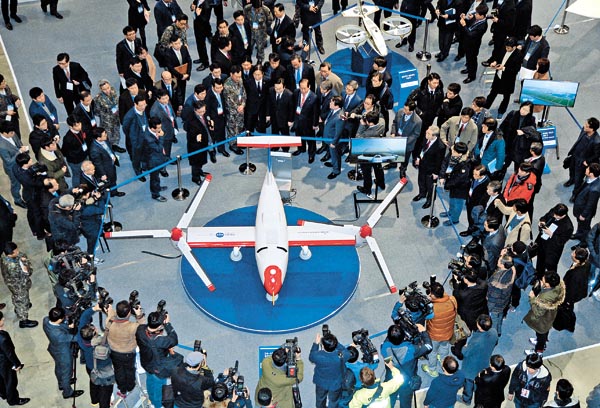 KUS-VT, the world’s second tilt-rotor drone, is displayed at Asia’s biggest unmanned aerial vehicle exhibition, Drone Show Korea 2016, at Bexco in Busan on Thursday. It was developed by the Korea Aerospace Research Institute. The drone show, which runs through Saturday, features 56 drone manufacturers and developers from Korea and overseas. [NEWSIS]