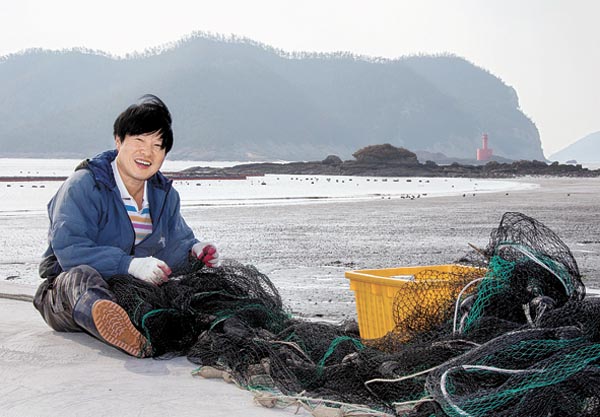 A new trend has emerged in Korea following the success of a recent reality cooking show in which celebrities created three meals a day from the fish they were able to catch and raise in a small fishing village.

The first season of the program “Three Meals a Day: Fishing Village,” which aired on tvN between January and March 2015, placed Korean entertainers on Manje Island, in Sinan County, South Jeolla, and had them subsist on whatever food they could find or catch.

The show proved immensely popular. But perhaps more surprisingly, it has also led to an increase in the number of people moving to rural fishing towns with the hope of starting a new life by the sea, away from the hustle and bustle of urban areas.

The renewed farming movement is not uncommon in Asia’s fourth-largest economy, where family-run conglomerates dominate the economy. More than 7 million baby boomers have reached retirement age, and some of them have opted to return to the countryside to try their hand at agriculture.

The turn to fishing, however, has been somewhat unexpected, particularly with the common prevailing perception being that sailing and fishing are demanding and dangerous.

Yet, the expectation is that farming seafood can yield higher returns than agriculture, an idea that has prompted more people to head to coastal villages.

Inquiries about life in fishing towns have practically doubled this year compared to late 2014 and early 2015, before the show was broadcast, according to a resettlement support center in southern Seoul, established in October 2014 by the Ministry of Oceans and Fisheries.

The center said interest by young people had dramatically risen since the program’s premiere: It has received about 12 to 13 phone inquiries per day this month - nearly twice as much as the seven to eight phone calls daily in early 2015 before the show’s success.

One hundred people moved to fishing towns with support from the center between October 2014 and August 2015. And as of Aug. 30, the number of people preparing to relocated to fishing villages stood at 780.

Ku, who planned for four years to open a free-range shrimp farm, said thorough preparation and a long-term plan was crucial to succeed in the resettlement.

Local governments have already geared up measures to support newcomers. South Jeolla, the top province for returning fishermen, for instance, offers grants worth about 3 million won for resettlement, as well as 30 million won to each new household to support emerging fisheries businesses.

“I became nostalgic for the sea of my home country after I watched a television program that showed spicy fish stew,” said Ahn Yi-young, 57, who became the captain of a fishing boat in 2014 after he left Australia, where he lived for 20 years. “Every day, I am full of energy as I do what I love.”