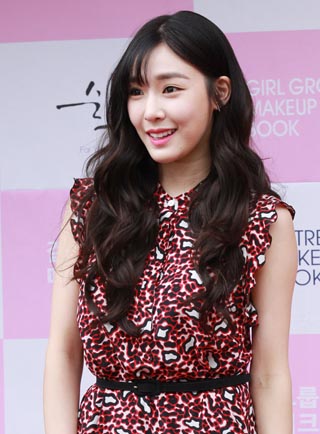 SM Entertainment, the talent agency representing Tiffany, a member of K-pop group Girls’ Generation, has denied reports that the singer is dating hip-hop artist Gray.
“They’re just close friends,” an SM representative told Ilgan Sports, an affiliate of the Korea JoongAng Daily.
Ilgan Sports reported early Friday that Tiffany and Gray had been dating for three months. The two reportedly got to know each other when Tiffany worked with U.S. producer Cha Cha Malone, who belongs to local music company AOMG, for her solo album. She became friends with Gray, who is also managed by AOMG.
According to Ilgan Sports, the 27-year-old K-pop singer and 29-year-old hip-hop artist go on dates like ordinary couples.
Gray broke into the music industry in 2012 and also works as a TV model in Korea for the fashion brand Uniqlo.
Tiffany made her debut in 2007 as a member of the K-pop group Girls’ Generation.
By Sung So-young