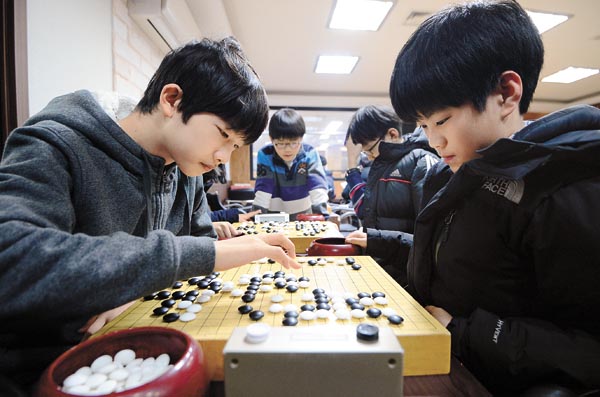 AlphaGo, an artificial intelligence program developed by Google DeepMind, is coming to Korea for a Go match with Lee Se-dol, currently the world’s top Go player. Go, also known as baduk in Korean, is a complex game played on a grid of black lines that computer scientists have been longing to crack. According to a recent article published in science journal Nature, AlphaGo has already beaten some professional human players. The match, which will offer $1 million to the winner, will verify the capabilities of the artificial intelligence program. Ahead of the actual match scheduled in March, children training at the Lee Se-dol Baduk Academy, where Lee teaches young hopefuls, play Go with fellow trainees on Friday. The academy is located in Seongdong District, northeastern Seoul. [NEWSIS]