Push and pull in ties with Washington

Push and pull in ties with Washington 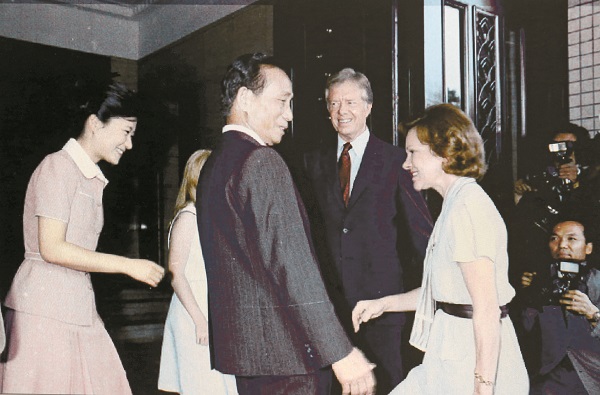 In the 1970s, U.S. Rep. Donald Fraser was reputed for pressuring the Park Chung Hee government, using his sway as head of the Subcommittee on International Organizations, to accept democracy, citing human rights and democracy breaches in the country.

In April 1975, I met the U.S. lawmaker as prime minister. During the meeting, he scolded me, demanding that the Park government learn from the governments in place in the Philippines and Pakistan.

I asked him if he really thought the Philippines was an advanced country in terms of democracy, and he responded that it was more advanced than ours. 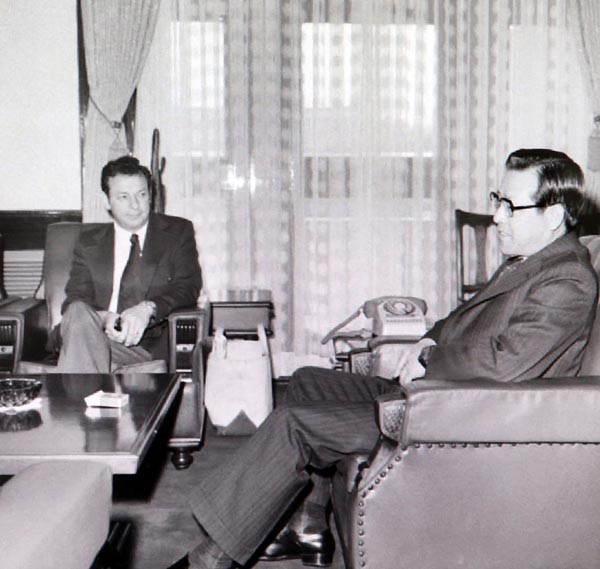 I sensed his arrogance in representing the most powerful nation on earth.

However, I didn’t hesitate to counter him.

“How can an economically unviable state sustain a functioning democracy?” I asked. “We are working hard to modernize our country so that it can become a nation that can accept full democratic values with a sound economy.”

But Fraser didn’t buy my argument and tried to rebuke me again.

“One day, you will find out who is right on this,” I said.

Washington’s leverage over our policy making was largely in its threat to withdraw U.S. troops from Korea.

In July 1969, U.S. President Richard Nixon declared what became known as the Nixon Doctrine, in which he proclaimed that Asia should shift its reliance on U.S. forces and utilize instead its own military capabilities.

The following year, the U.S. Department of Defense withdrew 20,000 U.S. personnel from Korea. President Park was taken aback by the decision, especially in light of the fact that North Korean founder Kim Il Sung had publicly declared he would celebrate his 60th birthday party in Seoul after taking control of it.

From that point on, Park began to emphasize the South’s defenses against North Korean threats. In a specially prepared statement on national security issued in April 1975, he touted his resolve to defend the capital and pledged to stay in Seoul with its citizenry to fight off the North Korean military in the event of an invasion.

Jimmy Carter’s run for president on a platform that included the withdrawal of the U.S. Forces Korea, which gave the Park administration a daunting diplomatic task to weather through.

After his inauguration, Carter withdrew 3,400 U.S. soldiers, including an infantry battalion, from the peninsula, which only exacerbated President Park’s disgruntlement. In an interview with U.S. media, Park claimed that South Korea’s military strength had surpassed that of North Korea and that it could fend off an invasion if Pyongyang was not aided by its allies, China and the Soviet Union.

Carter visited Seoul in June 1979 and had an intense talk with President Park, who did not refrain from openly rebutting the U.S. president’s reasoning when it came to protecting South Korean national security. The summit was marked by tension.

Park had countered the United States with a confident attitude, and it was his determination that resulted in Washington scrapping its initial plan.

But when it came to Japan policy, I took the lead. Park actually graduated from a four-year Manchukuo military academy run by the Japanese Imperial Army, but never once did he talk about his experience there.

During Japan’s occupation of Korea from 1910-45, many young people saw the Manchukuo military academy as an opportunity by which they could set out on their own path. Park must have applied for military school after years of discrimination in a colonized Korea.

He graduated the top of his class and won special admission to the training school. But he never fell back on his career in the Japanese military to mold his government’s policy on Japan.

While we were a much weaker nation than the United States and Japan, Park utilized our position between the two superpowers in consideration of national interests.

People say the Korea-U.S. alliance is formed by blood, in reference to the sacrifices by American soldiers in defending South Korea in the 1950-53 Korean War.

But South Korea’s young men also shed blood to help the United States fight the war in Vietnam. While our alliance stands out for our shared sacrifices, we did differ from time to time on self-defense policy and Korea’s acceptance of democracy. Park’s 18-year reign saw periods in which ties between the two nations were both strong and in decline.

Washington initially exhibited skepticism toward us following the May 16 revolution [coup] in 1961 and had doubts about our ideology. Park’s past record as a socialist also fueled suspicions, though not for long.

Seoul’s ties with Washington were at their highest after our military dispatched troops to Vietnam during the Lyndon Johnson administration, but otherwise, our relations have fluctuated.

While Park was sometimes unhappy with U.S. policy on Korea, he never made it public, understanding the immense influence Washington had on our national affairs. It reflected highly on Park’s ability as a leader. Rather than distinguish his personal grievances toward the United States, he did what was best for the country.

To this day, I vividly recall my meeting with Robert Kennedy, the younger brother of the late President John F. Kennedy. When I met him in November 1962, he was serving as U.S. attorney general.

I pointed to the fact that the United States bore the brunt of responsibility for the division of the Korean Peninsula.

He asked me to elaborate.

“Who drew the 38th parallel?” I said. “It was Dean Rusk, a U.S. Army colonel at the time. It was the United States that sparked this division that led to a three-year war.”

Rusk drew the line, I added, without carefully considering its ramifications, which allowed the Soviet Union to occupy the northern part of the peninsula while Washington controlled the South.