Academic from Jeju to head council for colleges

Academic from Jeju to head council for colleges 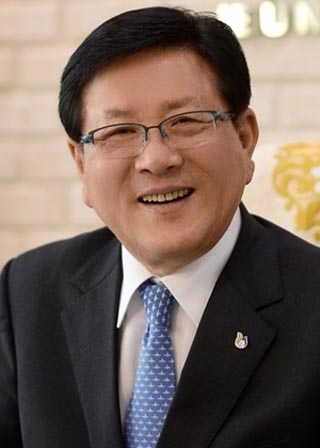 Jeju National University President Huh Hyang-jin was appointed Thursday as the 22nd chairman of the Korean Council for University Education, which represents 204 four-year universities in the country.

The council’s chairman term lasts one year, beginning April 8, while the other posts are held for two years.

Huh’s appointment was announced as a bill on higher education structural reforms languishes at the National Assembly. “It is essential to have structural reforms, but an ‘exit route’ [for outgoing universities] must be guaranteed,” Huh said. “We will be working hard to persuade the Assembly to pass the reforms.”

Opposition parties are opposed to the structural reforms in higher education, especially a provision to return part of the assets of a university to its founders when it closes down, the so-called exit route. Due to changes in asset values over the years, some stakeholders may end up receiving more than they invested in the first place.

The Ministry of Education announced last year it would shut down universities that received the lowest level of university structural reform evaluations.

Education Minister Lee Joon-sik held his first meeting with the presidents of the member universities at the council’s general assembly. The presidents told him that university structural reforms should not be a one-size-fits-all formula.

“We need an evaluation appropriate for each university’s unique characteristics and goals,” Lee said. “It would be problematic to assess a university using another university’s standards.”

When the presidents voiced concerns about restrictions on tuition hikes, Lee said, “We cannot ignore public opinion. It is important to keep policies consistent.”