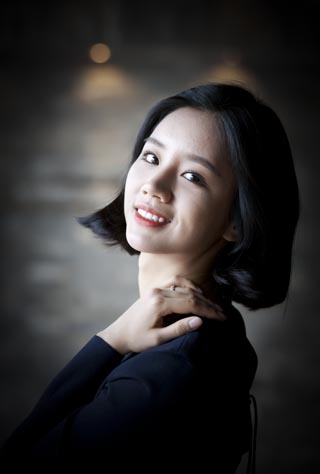 Hyeri, a member of the K-pop group Girl’s Day, felt she had little in common with Deok-seon, the main character of the popular drama series “Reply 1988,” when she auditioned for the role, but the production saw hints of the wide-eyed high school student in the 22-year-old singer.

The first question they asked Hyeri at the audition was, “Was that your real personality on the reality TV show?” referring to an episode of “Real Men,” in which celebrities experience military life. On the episode featuring female stars, Hyeri appeared lovably tomboyish and clumsy.

“I thought I was different from Deok-seon, but the director said I have Deok-seon in me and he said we should make the best use of those characteristics of mine,” the singer said.

Since “Reply 1988” was the third of the “Reply” series, many fans of the series thought it was a mistake to cast Hyeri, who had little experience in acting, but the singer quickly eased concerns and flawlessly played the role of a 1980s high school girl. 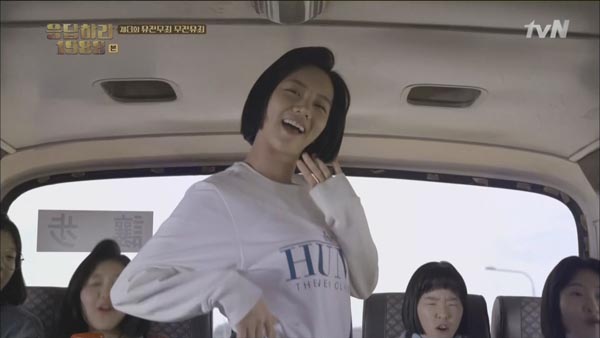 For Hyeri, “Reply 1988” was a journey toward revealing her talent as an actress. Since the success of the show, she is now being taken seriously as an actress. Fame and fortune have followed, too.

She has signed 28 endorsement deals so far and is being paid two times more for TV commercials than before “Reply 1988,” which came to an end last month.

The JoongAng Ilbo recently met with Hyeri. Here are some excerpts from the interview.

Q. Do you agree with the director who saw Deok-seon in you?

A. I think Hyeri and Deok-seon are really different. I considered myself a smart person. The director asked me to watch my previous reality TV show appearances and I did. And I could find some new sides of me. Even though I and Deok-seon have some things in common, it wasn’t easy to play her. I prepared a lot for the role.

How did you prepare for the role?

The director and I used to meet up two or three times a week and we read scripts together and also worked on the character for two or three months before the shooting began. I memorized all of Deok-seon’s lines from the first to the 14th episode out of the 20 episodes. I didn’t want to find myself in the middle of a controversy because of my acting.

Did you have any difficulty while filming the drama series?

Deok-seon is a complex character and I also had to work with many other actors for the scenes. In addition, I have little experience in acting, so I had no idea how I would look on the screen.

Viewers were guessing until the end about who became Deok-seon’s husband from among her childhood friends. When did you know about your fictional husband?

I didn’t know anything about it until I received the last script. But I guessed it was Choi Taek when I filmed the 15th episode, because Deok-seon couldn’t fall asleep after her movie date with Taek has canceled. She also said, “Nothing is going well these days.”

If you were Deok-seon, who would you choose, Choi Taek or Kim Jung-hwan?

I want to mix the two (laughs). Jung-hwan doesn’t know how to express his feelings. Viewers loved him so much because of his love for Deok-seon, but Deok-seon didn’t know about his feelings at all. Taek is like a child and he is nice and gentle. But if I think about having a husband like Taek in real life, I would have to take care of everything for him. I don’t like that.

Can you pick one actor who is the most similar to his or her character?

It’s Taek [played by Park Bo-gum]. He is easily moved to tears and sensitive. It was impressive to see him delving into his character when reading scripts.

It seems like you are climbing the ladder of success quite easily. You debuted at the age of 16. You didn’t spend much time as a trainee and made a name for yourself through reality TV shows. And then you came across “Reply 1988.” Do you think you have had it easy?

I went through hard times, too. I also made poor decisions because I’m not smart, but I didn’t want to give up.

Do you think you have achieved many of your dreams?

I have achieved many of them, but I would say I’m still in the process of achieving my dreams. I want my family and friends to take pride in me. And I also want to keep intriguing viewers as an actor. I liked people seeing me as an affable, lovely actress when I played Deok-seon. I want to be remembered as lovely Hyeri.