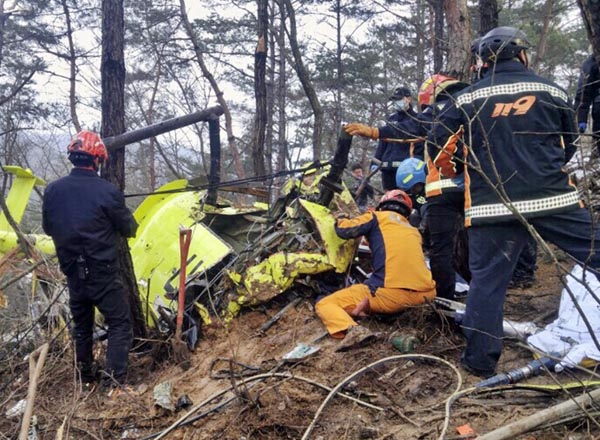 Crash cause unknown - Rescue workers search the wreckage of a helicopter crash in Gimje, North Jeolla, on Saturday. The 61-year-old pilot, the only one on board, died in the crash, and the government is investigating the cause. The North Jeolla Provincial Government operated the aircraft as a mountain firefighting helicopter and authorities said it was not equipped with a black box recorder. [NEWSIS]