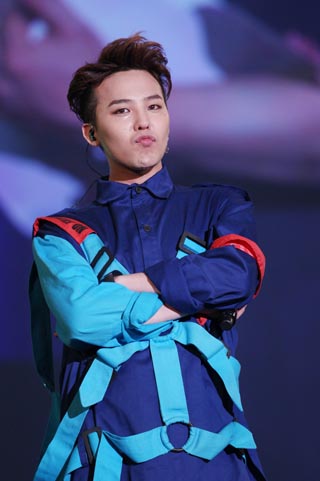 G-Dragon, a member of the K-pop boy group Big Bang, was recently chosen as one of the 100 most influential figures of 2015 by web magazine Hypebeast.

The web magazine selects 100 celebrities in various fields from music to fashion every year for its Hypebeast 100 series, and G-Dragon was the only Korean figure who made the list.

“If you’re at all familiar with K-Pop, G-Dragon is the first name that comes to mind,” the magazine wrote.

This is not the first time G-Dragon has made the Hypebeast list. His name was included in 2014, along with Samsung Chairman Lee Kun-hee.

Other celebrities who made the list this year include Kanye West, Pharrell Williams and Rihanna.

G-Dragon has been exerting his influence not only in music but in fashion as well. The 28-year-old singer regularly visits the fashion shows of Karl Lagerfeld, the creative director for luxury fashion brand Chanel.