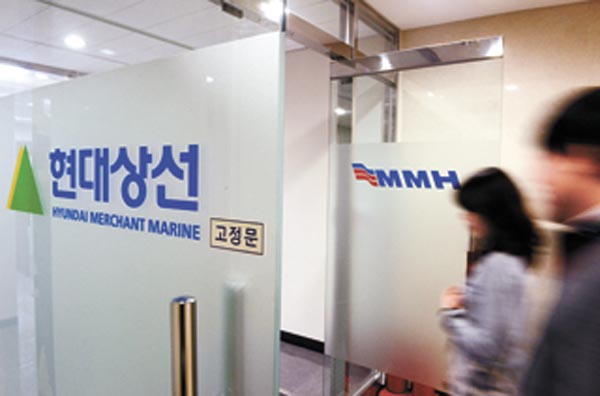 According to Hyundai Group, the shipping company, which has been suffering cash problems, submitted a turnaround proposal to creditors last week that reportedly included chairwoman Hyun Jeong-eun tapping into her personal finances as well as stakes in other Hyundai Group affiliates. There have been rumors that share sales also include Hyundai Securities and a port terminal.

The shipping company did not confirm any decision on the sales, according to regulatory filings made on Monday.

The regulatory filing came at the demand of the Korea Exchange, which requested clarification on rumors of selling the brokerage firm stakes and other issues.

Last week, the shipping company said it has sold eight million shares that it had in Hyundai Asan, which used to be the exclusive South Korean company with rights to North Korea’s tourism business, for 37.3 billion won ($30.9 million) to Hyundai Elevator. NEWSIS