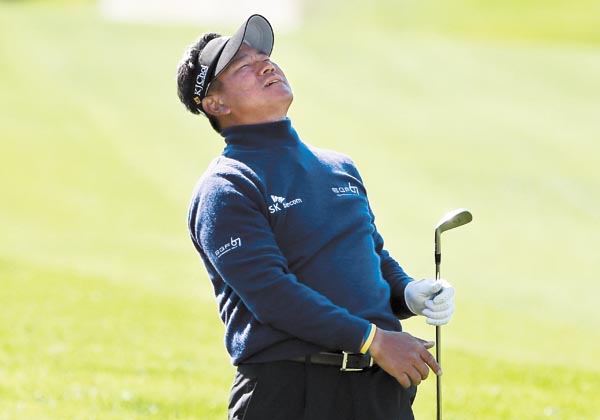 Choi Kyung-ju expresses his disappointment after falling just short of making the playoffs during the PGA Tour Farmers Insurance Open at San Diego, California on Monday. Choi was one shot behind Brandt Snedeker who finished his round a day earlier at six-under 282 before brutal weather conditions forced the entire tournament to be postponed. [AP/NEWSIS]