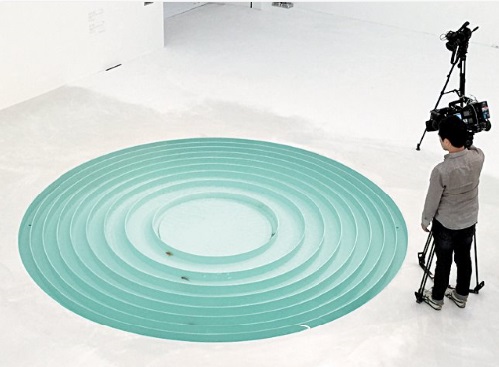 To celebrate the Lunar New Year holiday, admission to the exhibition and the other shows going on at the museum is free from Feb. 7 to 10. Admission to the museum’s main branch in Gwacheon, Gyeonggi, and Deoksu Palace branch in central Seoul is also free during this period.

The museum is open during the Feb.6-10 Lunar New Year holidays. It is located inside the Hansol Oak Valley resort in Wonju, Gangwon.

The museum will be closed from Feb. 5 to 7 and then open from Feb. 8 to 10 during the Lunar New year holidays.

To Mar. 20: After a successful exhibition in 2012, the National Geographic is returning to Seoul with a large photo exhibit. This exhibition provides an overview of the history of civilization, but focuses on the journeys and adventures that have led to space and ocean discoveries. The collection, devoted to photographic records of such discoveries, consists of 200 items, including an exclusive display of the submersible craft used by National Geographic’s explorer-in-residence Sylvia Earle.

The museum is open during the Feb. 6-10 Lunar New Year holidays. On Monday, early-bird visitors will receive various gifts. For example, the first family group consisting of three generations to visit the show that day will get a bottle of wine.

As the exhibition’s scope is vast in terms of time and location, it features a wide range of objects, such as a skull coated with plaster that is about 8,000 years old - the oldest relic from the museum’s collection - and artifacts from ancient Egypt including a mummy case and a statue of the Egyptian goddess Isis, and items from ancient Greece and Rome. It also includes an array of paintings and initial sketches by Rembrandt, Durer, Matisse and Picasso.

Admission is 15,000 won for adults. The museum is open during the Feb. 6-10 Lunar New Year holidays.

One of the highlights is “Yellow Cat Romps Butterfly” by Kim. In the painting, a chubby, furry kitten, looking curious and mischievous, turning its head to gaze at a black butterfly.

The exhibition is closed on Monday, Feb. 8, and is open on the other days of the Feb. 6-10 Lunar New year holidays.

To May 8: D Museum, a new branch of Daelim Museum west of Gyeongbok Palace in central Seoul, opened in early December.

The inaugural exhibition features lighting installation works by nine foreign artists and designers. In the second room is London-based Australian designer Flynn Talbot’s “Primary.” In the dark, light of changing primary colors is projected on a triangular sculpture covered with many smaller triangular pyramids. It creates numerous different abstract painting-like images, depending on the time and angle. And a piece by Russian visual-auditory art group Tundra, “My Whale,” is on display in the sixth room. It is a synaesthetic installation work in which the viewers see and hear regular image patterns and regular sounds, which surround them and resonate together.

Admission is 8,000 won for adults. The museum is closed from Feb. 7 to 9 during the Lunar New Year holidays but opens on Feb. 10. It is located at Dokseodang-ro 29-gil in Yongsan District, central Seoul. There is no nearby subway station.