“Solovki, White Sea, Russia 1992” is part of the solo exhibition of Finnish photographer Pentti Sammallahti at Gallery Kong in central Seoul. His small photos in black and white, most of which feature animals in lyrical and tranquil landscapes, have the magical power to relieve and warm the soul. [ⓒOENTTI SAMMALLAHTI, GALLERY KONG]

Ancient Korean songs mentioned the moon, wind, birds and other elements of nature to express human emotions, whereas modern K-pop songs seldom do.

For this reason, contemporary Koreans are separated from nature and so are more lonely and vulnerable. That is what the famous expert of East Asian mythology and Chinese literature Jeong Jae-seo once said.

The visitors to the solo show of Finnish photographer Pentti Sammallahti, 65, now running at Gallery Kong in central Seoul might agree with this idea.

His small photos in black and white, most of which feature animals in lyrical and tranquil landscapes, have magical power to relieve and warm the soul, while leading viewers to suddenly realize that they have often been out of the peaceful state of mind.

All the animals in Sammallahti’s photos, including a dog walking in the snow with a bag in his mouth, a rabbit standing with some dignity and a horse under the moon, look just like people, full of thoughts and emotions.

“They are the metaphor of all living things including humans,” the Finnish artist told the Korea JoongAng Daily at the gallery last month.

“I love any place where animals are freely going around,” he continued. “That’s why I used to travel to Russia a lot - remote Russian villages, although Finland and Russia have had a complex relationship in history. There are so many dogs in these villages. And the villagers are very poor but are kind to strangers. There, you will never have to worry about finding a house to spread your sleeping bag in.”

Many of the photos being exhibited were taken in those Russian villages and make up the “Russian Way” landscape series. Among them is “Solovki, White Sea, Russia 1992,” which is one of Sammallahti’s favorites. The photo shows a man walking through icy fog in the morning. Isn’t there an animal in this photo? Yes, there is. The man’s dog, a tiny figure, is waiting for him ahead in a distance. 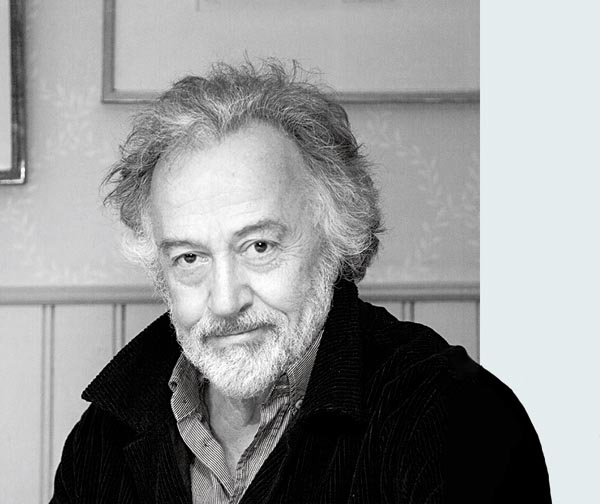 “I always have something to feed animals in my pockets, such as some sausage,” he said. Asked whether he prefer animals to humans for his subjects, he jokingly said, “Yes, animals are much more patient. And they never ask questions.”

The exhibition runs through Fe. 28. The gallery is closed on Feb. 7 and 8. Admission is 3,000 won. Take Jongno 11 green bus from Gwanghwamun Station, line No. 5, exit 2, and get off at Samcheongdong Jumin Center stop.