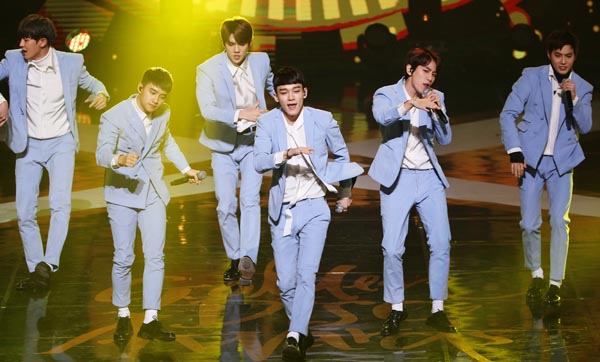 SM Entertainment, the 10-member group’s agency, said Tuesday that the concerts will be held from March 18 to 20 at Olympic Park in southeastern Seoul, and the concert is titled “EXO PLANET #2 The EXO’luXion [dot].”

SM added that these concerts are to thank Exo fans who attended the previous Seoul concert held last March.

Prior to the concerts, the boy group will fly to North America for their first tour there. Exo will stop by cities like Dallas, Los Angeles, Chicago, New York and Vancouver.

Exo broke into the music scene in 2012, and the group has riding high since its debut.

They won many awards last year and earlier this year at various music festivals, including the grand prize from the Seoul Music Awards held in January.

The boy group set a record as the first K-pop act to nab the highest honor from the annual music festival three years in a row.
By Sung So-young