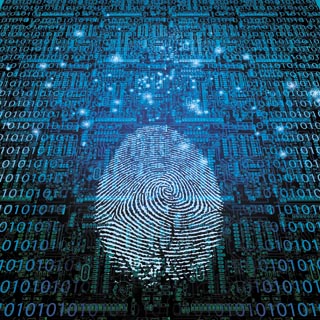 KEB Hana Bank launched a new self-verification system for its smartphone banking app on Tuesday that uses a fingerprint scan instead of the existing verification certificates.

This is the first self-verification system in Korea that uses a fingerprint scan, which the bank says can completely replace the state-authorized verification certificates currently offered at local financial institutions.

“We used to think that security and convenience are two contradictory concepts,” Han Joon-seong, an executive at KEB Hana, said. “This time, while working on the fingerprint verification service, we realized the two goals can be achieved simultaneously.”

So far, people have had to download a certificate on their smartphone, then punch in their multi-digit passcode every time they make transactions on the bank’s app. If they wanted to use Internet banking on a computer, the users had to go through extra hassles by installing the notorious Active-X plug-in and downloading the certificate’s PC version. 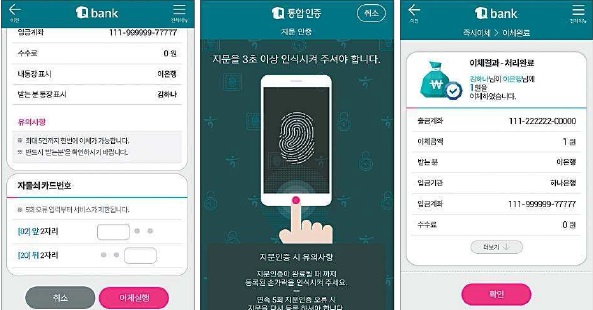 From now on, KEB Hana customers are only required to scan and register their fingerprints on the bank’s app, 1Q Bank, to complete most of its banking transactions, ranging from transferring money and subscribing to new financial products to registering for loans.

Users are still required to input numbers from their security card or a one-time password (OTP) generated by a chip offered by the bank, but the authentication process is made a lot easier with fingerprint recognition, the bank said.

KEB Hana clients first register their fingerprints on the bank’s app by placing a finger on the home button for at least three seconds. To make a wire transfer, they first insert the recipient’s account information and input the number from a security card or OTP chip. Then, they place their finger on the device’s home button for at least three seconds until the verification completes. If a user fails the verification more than five consecutive times, he or she has to re-register their fingerprint with the bank.

All this is completed without the authentication certificate, thanks to the Fast Identity Online (FIDO) system.

FIDO is a home-grown biometrics self-authentication technology developed by the state-run Electronics and Telecommunications Research Institute, to identify users by scanning their fingerprints, iris or face. It is known to be more secure than the certificate or ID-and-password systems.

The service is currently applicable on Samsung Galaxy S6 and Galaxy Note 5 smartphones.

It will be available on most devices with fingerprint recognition functions, including iPhones, as the bank plans to launch an upgraded version of the authentication system by the end of this year, KEB Hana said.

The bank is also slated to introduce another system called Trust Zone-One Time Password, an upgraded version of the existing instant password creation system, by the end of this month.

This new version creates instant passwords within the 1Q Bank app rather than relying on an additional card.