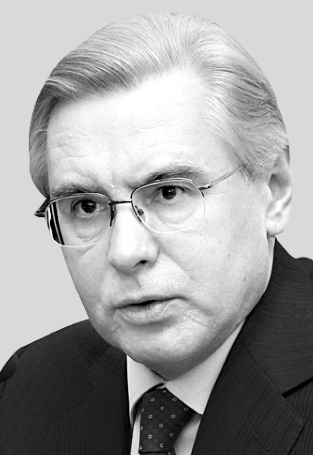 Russian Ambassador to Seoul Alexander Timonin made clear that Moscow is against the deployment of the U.S.-led Terminal High Altitude Area Defense (Thaad) on the Korean Peninsula, indicating such a move could harm bilateral relations.

“We are paying close attention to the increased contact between the United States and Korea’s related branches,” he told a group of reporters Tuesday at the Russian Embassy in central Seoul.

The issue of whether South Korea will accept the anti-ballistic missile system has drawn significant attention in Moscow, particularly since North Korea conducted its fourth nuclear test on Jan. 6.

President Park Geun-hye indicated in an address to the nation last month that the government is open to considering the American defense system.

The top Russian envoy added, “I hope the decision does not have a negative impact on our bilateral relations.

“The deployment of Thaad will not be helpful toward peace and stability in Northeast Asia nor toward the resolution of the nuclear issue on the Korean Peninsula,” he continued.

He added that all related nations, which include Seoul and Washington, “should refrain from any actions that will aggravate the regional military situation.”

The installation of a Thaad battery in Korea has been controversial, particularly because it comes with a radar system that can detect threats more than 1,000 kilometers (620 miles) away - far enough to reach China and Russia.

Both countries have complained that it goes against their security interests.

Calls by Washington, Seoul and Tokyo for stronger sanctions against Pyongyang have also widened the schism with Beijing and Moscow, which do not want to further isolate North Korea.

Timonin reiterated Tuesday that Russia did not support President Park’s proposal last month for talks with the five remaining members of the long-stalled six-party talks, which would exclude Pyongyang.

The six-party talks were originally formed with the two Koreas, Japan, Russia, China and the United States, with the aim of convincing Pyongyang to abandon its nuclear ambitions and resolve security concerns on the Peninsula. The talks have been suspended since 2008, however, when North Korea pulled out of negotiations.

Russia’s top envoy further raised suspicions over whether the five-party structure “would actually be helpful in resolving the nuclear issue,” emphasizing that six-party talks were the only way to go.

“Without the participation of North Korea, I see it as being ineffective,” Timonin said, “and the five-party stricture could lead North Korea to be further isolated.”

In response to the envoy’s remarks, Cho June-hyuck, the spokesman for the Korean Ministry of Foreign Affairs, said in a briefing on Tuesday that the five-party talks are “in their own way significant,” citing that past sanctions had not been effective in halting North Korea from conducting a fourth nuclear test.