New head of the CDC will take on Zika virus first

New head of the CDC will take on Zika virus first 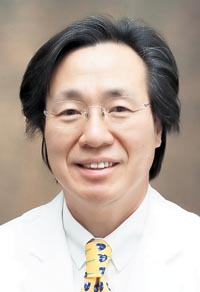 President Park Geun-hye appointed a new director for Korea’s disease control center, months after an outbreak of Middle East respiratory syndrome (MERS) rampaged across the nation’s hospitals - and as fears of a new disease, the Zika virus, are growing.

Jung Ki-suck, 58, the former head of Hallym University Medical Center in Anyang, Gyeonggi, was named Tuesday as the new director of the Centers for Disease Control and Prevention (CDC).

Just a day before, the World Health Organization declared that the mosquito-borne Zika virus was an international public health emergency, escalating global jitters - and putting Korea on edge again.

The MERS outbreak last summer killed 38 people, infected 186 and led to 16,700 people being quarantined. Taking responsibility, the minister of health and welfare resigned from his post, and the chief of CDC was subsequently forced to step down.

Jung’s first job will be keeping Korea Zika-free, a task that health authorities said Tuesday shouldn’t be too difficult.

During a press briefing held at the Seoul Government Complex in central Seoul, the Ministry of Health and Welfare adamantly rejected concerns about the spread of the Zika virus here, pointing out that Korea doesn’t have its main mode of transmission, Aedes aegypti mosquitoes.

According to the U.S. Centers for Disease Control and Prevention, the virus is primarily transmitted to people through the bite of that particular mosquito, the same that spreads the dengue and chikungunya viruses. Mosquitoes become infected when they feed on a person already infected with the virus, and they spread the virus to other people through bites.

Spread of the virus through blood transfusion and sexual contact has been reported but not confirmed, according to the U.S. CDC. Symptoms include fever, rash, joint pain and red eyes.

Although the mortality rate for Zika is known to be extremely low, the disease can possibly lead to microcephaly in newborn babies, a genetic abnormality that causes babies to be born with very small heads if a mother is infected during pregnancy.

There is currently no vaccine or treatment for the disease.

Tropical and subtropical regions have been hit the hardest so far, most notably in Brazil, which has seen thousands of birth defects.

Pointing out that some 40,000 people from Brazil, 170,000 from Thailand and 400,000 from Indonesia visit Korea every year, the local Health Ministry vowed to keep an eye out on travelers from those areas.

A survey asking about possible symptoms will be distributed to travelers from Brazil. A travel ban for those areas was not imposed.