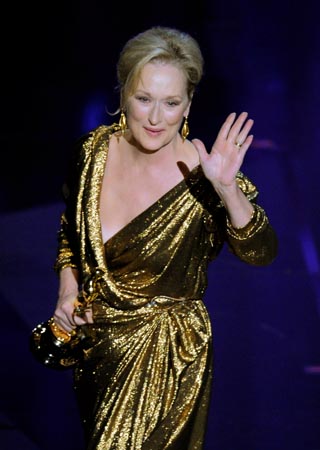 BERLIN - New movies starring Colin Firth, Nicole Kidman and Kirsten Dunst will compete for the top honors at this year’s Berlin International Film Festival with offerings from Iran, Tunisia the Philippines and elsewhere, with Meryl Streep presiding over the jury that will choose the winners.

Eighteen movies are in contention for the Golden Bear prize at the first of the year’s major European film festivals. In its 66th edition this year, it runs Feb. 11-21. The typically diverse program was presented by organizers Tuesday.

It’s hard to pin down any single overarching theme, but festival director Dieter Kosslick said many movies at this year’s event address “the search for happiness” and “migration in the world in very varying forms.”

The competition features two documentaries - Gianfranco Rosi’s “Fire at Sea,” about the Italian island of Lampedusa, where many migrants arrive in Europe, and U.S. director Alex Gibney’s “Zero Days,” on Internet surveillance.

The festival opens on Feb. 11 with the Coen brothers’ “Hail, Caesar!” Stars including George Clooney and Josh Brolin are expected in Berlin, where the comedy is screening out of competition.

A seven-member jury led by first-time festival juror Streep will announce the winners of the festival’s Golden Bear and various Silver Bear awards on Feb. 20.