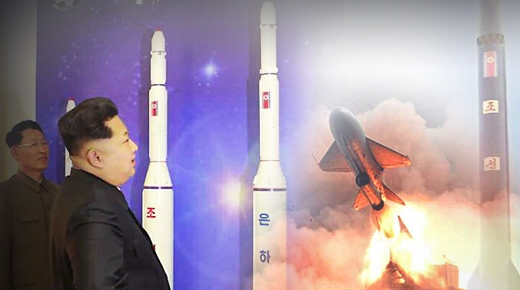 South Korea warned Pyongyang Wednesday that it will face severe consequences from the international community if it conducts a long-range missile test.

The National Security Council held a meeting Wednesday morning to discuss the North’s plan to launch a long-range missile. Top security officials including Kim Kwan-jin, head of the council, attended the meeting.

“It was confirmed that North Korea informed international organizations including the International Maritime Organization on Feb. 2, 2016 that it will conduct a launch of a long-range missile, which it insists is a satellite,” said Cho Tae-yong, deputy head of the National Security Council. “Declaring the plan while the United Nations Security Council is discussing sanctions for its fourth nuclear test is clearly a direct defiance of the international community.”

Cho said any launch using ballistic missile technology is a clear violation of earlier UN Security Council resolutions and advised Pyongyang to give up the plan.

“If the North follows through with the long-range missile launch, it will be a grave threat to peace and security of not only the Korean Peninsula but also the region and the world,” Cho said. “We sternly warn that the North will face severe consequences from the international community.”

Cho said the South Korean government will maintain a thorough readiness against any North Korean provocation.

North Korea announced Tuesday it will launch an Earth observation satellite on a rocket later this month. The launch is considered a disguised test of ballistic missile technology.

According to international media, the London-based International Maritime Organization said the North informed it that the launch will take place between Feb. 8 and 25, between 7 a.m. and noon Pyongyang time.

The North has consistently developed its nuclear and missile capabilities over the past years to threaten the U.S. mainland. With progress in miniaturization of nuclear warheads, Pyongyang’s possession of a nuclear-armed intercontinental ballistic missile is Washington’s nightmare.