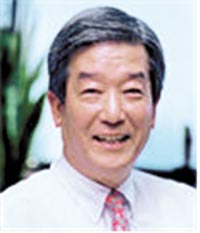 Hong Ky-ttack, the incumbent chairman, resigned from the post on Thursday. He will work as vice president of the China-led Asian Infrastructure Investment Bank.

Born in Daegu, North Gyeongsang, in 1948, Lee started his career as a banker in 1970 as he entered the then-called Hanil Bank. For the past four decades of his career in the financial industry, Lee worked in both banking and securities. He served as vice president of Shinhan Bank, president in 2002 and vice chairman of Shinhan Investment Corporation from 2009 to 2010.

“Based on his experience in the banking and securities sector, Lee is considered the right person to be the KDB chairman who will have to resolve corporate restructuring issues and bolster economic recovery by providing financial support,” the FSC said in a statement.