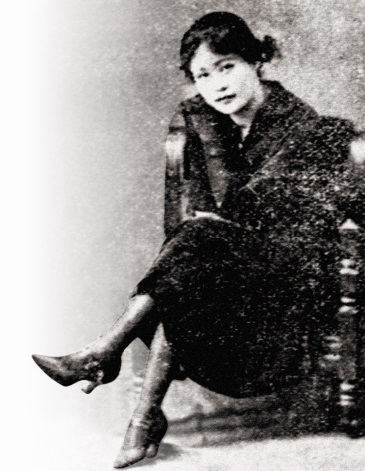 Korea’s first soprano Yoon Sim-duk (1897-1926) has proved her staying power in the music scene with her gramophone record selling for the highest price among any Korean musician’s albums.

The first-edition record that includes “Hymn of Death” was sold for 5.5 million yen ($47,000) in an online auction on Yahoo Japan’s website on Jan. 27.

The sale broke the previous record for highest-priced record that was also held by Yoon, which was set when a second release of “Hymn of Death” sold on Yahoo Japan in July for 5.21 million yen.

The hit song was released in 1926 and is considered one of the first Korean pop songs. Yoon is known to have sung “Hymn of Death” before taking her own life along with her lover, Kim U-jin (1897-1926), who was a playwright.

“Considering the fact that the disc was already [sold] for over 50 million won [$42,000] six months ago, and the fact that the auctioneer explained there are some scratches for about the first 20 seconds, I thought the price would actually go down this time,” said pop culture critic Choi Gyu-seong, who participated in the auction.

“I think the disc has rarity and originality working in its favor, alongside the fact that the cover for the gramophone record and lyrics sheets are well preserved as well,” Choi said, explaining why the bids were so high.

Yoon has been holding strong in the gramophone market in Korea. Last year, one of her gramophone records of the carol “Faust Noel” was assessed to have a value of about 10 million won on the KBS show “Jinpoom Myungpoom,” in which people bring in their rare items for appraisal.

Experts expect that the record, if it is actually put up for auction, will sell for somewhere between 20 million and 30 million won.

It is unknown how many copies of “Hymn of Death,” which was also popular in Japan, are still out there.

“We have found four discs so far in Korea,” Choi said.

Recently, there has been increasing interest in gramophone records, and not just Yoon’s. The amount of buying and selling both online and offline is increasing, and prices have been going up.

Local experts say that the larger trend of nostalgia for the past has contributed to the surge in interest in records. More people are also interested in learning about the roots of modern-day K-pop music.

Gramophone discs were mostly manufactured until the mid-1960s, when long-playing records came onto the scene. Alongside Yoon’s “Hymn of Death,” singer Lee Aerisu’s “The Ruins of Hwangseong” (1932) and Lee Nan-young’s “The Tears of Mokpo” (1935) are considered the three most popular gramophone discs.

“Gramophone discs, different from LPs, are more for personal collections rather than for actual listening,” Choi said. “I think the time has come for discs to be treated as antiques like porcelain or old paintings.”

This trend is clearly evident in online auctions. According to local auction website Kobay, the number of bids for gramophone records jumped to 1,578 last year, up from 777 in 2014 and 319 in 2013, increasing almost fivefold in the past two years.

“In some cases, middlemen try to push the prices up, as such gramophone discs are gaining value more recently,” said Kim Mun-seong, a Korean music critic. “If the same discs keep coming out on the market, there is a chance that prices will go down.”