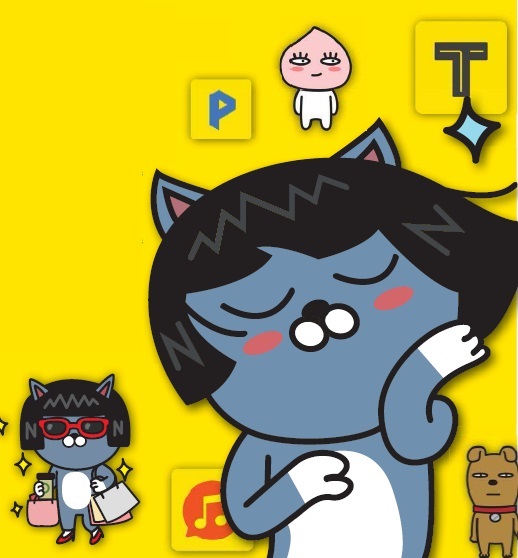 After connecting customers with taxi drivers, and then with orange farmers on Jeju Island, Kakao now wants to link people to their nearest beautician.

The operator of the nation’s most popular mobile messenger KakaoTalk has set the goal to launch the tentatively named Kakao Hairshop by June, which follows Kakao’s acquisition last October of a 51 percent stake in Hasys, a beauty start-up.

Although Kakao has yet to officially make the new venture part of its on-demand portfolio, its employees have been traveling around the country to explain the new service. 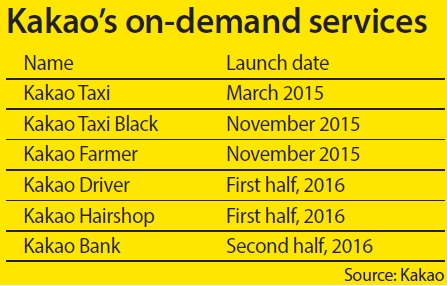 Kakao is expected to build an app that will allow users to book treatments at beauty salons, remind them about upcoming appointments and then leave reviews. Users can pay online with KakaoPay, the company’s mobile payment system, and receive reward points in return, which can later be used as cash.

Up to 15 percent of customers’ payments will likely go to Kakao.

“We have yet to decide on the details of the new beauty service,” a Kakao spokeswoman said. “We are currently concentrating on attracting beauty shops to participate in the new platform and listening to their feedback.”

After seeing the popularity of made-in-Korea cosmetics soar in many parts of the world like China and Southeast Asia, apparel companies, entertainment agencies and tech firms have plunged into the promising market.

In September, No. 1 portal site Naver launched Beauty Window, a beauty product shopping mall. Those who sign up through Naver can purchase cosmetics at bargain prices, as well as share reviews and tips.

The site currently features more than 700 products from over 40 brands.

The app recognizes customers’ locations, recommends stores and specific manicurists nearby, helps with booking and even allows for services to be paid for in advance. Fifteen percent of the payment is saved as “beauty points,” which can be redeemed for services later.

“We will unveil a beauty-related on-demand service in the beauty market sized at an estimated 7 trillion won [$5.8 billion] and trigger ‘mobile innovation,’” said Park Ji-hwan, CEO of K Cube Ventures, an investment arm of Kakao that led the Hasys acquisition.

The burgeoning on-demand services field, which Korean IT firms more widely refer to as offline-to-online, refers to retailers and service providers that partner with mobile companies to improve the experiences of shoppers and users.

Applications range from mobile content and gaming to advertising and finance, and Kakao CEO Lim Ji-hoon has said the company is considering “every field imaginable.”

Kakao is poised to enter the designated driver market in the first half with Kakao Driver, which has stirred complaints from existing designated driver service providers who say the company is stepping on their turf.

Still, many existing designated drivers-for-hire are freelancers who aren’t paid well, and some have said they hope improvements in their working conditions once Kakao joins the scene.

Korea’s designated driver market is estimated to bring in 2.5 trillion won in annual revenue, with commission fees reaching 700 billion won each year. Some industry observers say Kakao could generate as much as 100 billion won in revenue a year through the new business, saving it from flagging growth in its revenue and operating income.