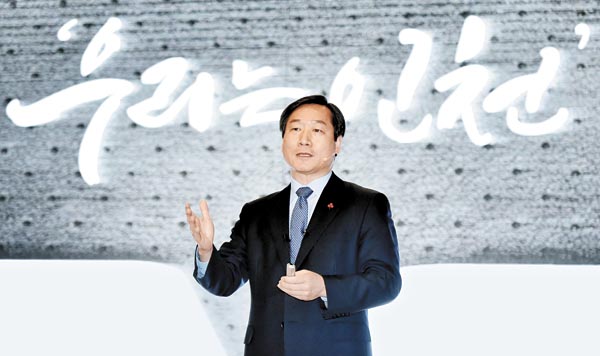 Last year, the Incheon Free Economic Zone (IFEZ) received $1.2 billion in foreign direct investment (FDI), which accounts for 88 percent of all FDI in Korea’s free economic zones and 9 percent of the nation’s total.

IFEZ’s plan for this year is to raise a total of $930 million in FDI. Its main strategy will be forming international clusters of industries that show the potential of developing into lucrative markets in the future.

Biopharmaceuticals is the first industry that IFEZ is eying. Songdo, Incheon’s international business district, has the highest production capacity for biopharmaceuticals of any city in the world, at 330,000 liters (87,000 gallons). According to data released last September, three of the four biosimilars approved by the government in 2015 were developed in Songdo.

Furthermore, Samsung BioLogics decided last year to invest 850 billion won ($707 million) in building its third factory in the area. Once the facility is complete, it will increase Songdo’s production capacity an additional 180,000 liters. This year, IFEZ will take measures to attract foreign companies to further develop Songdo as an international growth center for the bio industry.

Education is another industry IFEZ has been interested in. The zone’s Incheon Global Campus (IGS) currently houses the global branches of four international universities, which are each independently run by their respective institutions. Recently, departments of business administration, applied mathematics and statistics were established at State University of New York Korea. George Mason University Korea will be introducing departments of accounting and financial investment this spring.

The establishment of a second IGS is also under way. While IFEZ is preparing to take the Ministry of Strategy and Finance’s preliminary feasibility test later this year, it will begin formal arrangements to invite the University of Cambridge’s Nanoscience Centre and Centre for Research on Play in Education, Development and Learning.

IFEZ is also expecting to see leaps this year in the hotel and resort industry. In the past, IFEZ has often met obstacles in developing resort complexes due to policies like building height restrictions. But a recent breakthrough came when Lippo and Caesar Consortium (LOCZ) finally acquired permission to construct its casino and resort after a long wait. The company was the first foreign firm to set up shop in Yeongjong Island, but was forced to halt the project indefinitely due to restrictions.

The Ministry of Culture, Sports and Tourism will approve other resort complex operators later this month, which presents a big opportunity for Incheon. Last year, six investment companies in the country filed proposals during the open contest. The only companies that met every qualification requirement suggested by the government were Imperial Pacific and the Mohegan Sun-KCC consortium, both of which applied to build on Incheon’s Yeongjong Island.

The situation seems favorable for Incheon, as the government said earlier it would pick two operators. If Incheon becomes the site for both, IFEZ’s long-awaited plan to build a resort cluster in Yeongjong Island could go through.

In order to secure more land, IFEZ intends to push along delayed ground expansion and construction projects. District 11-2, formerly a public waterway that is currently being filled, will be finished by this November. Construction on the similar District 11-3 will start this year.

Another important task is the construction of a third bridge connecting Cheongna International City and Yeongjong Island. As the project started to regain speed last year after a long delay, IFEZ aims to finish its basic design by March 2016.