EXID song ranked No. 1 in Taiwan

EXID song ranked No. 1 in Taiwan 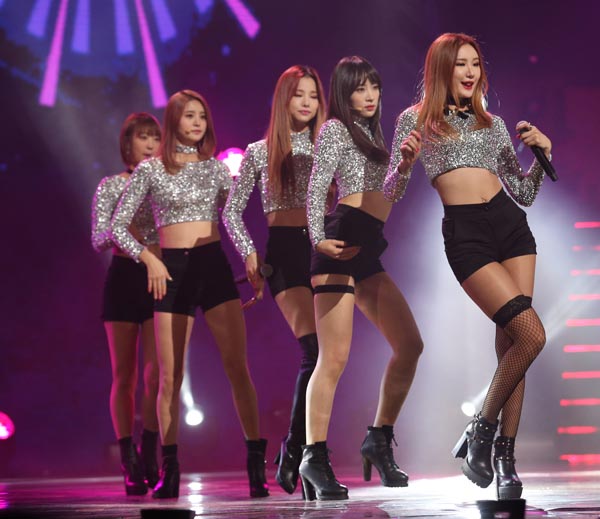 K-pop girl group EXID’s upbeat dance tune “Up and Down” was chosen as the most-loved K-pop song of 2015 by the biggest Taiwanese music chart, KKBOX.
The Taiwanese music portal unveiled the list of most popular K-pop music on Wednesday, and EXID’s “Up and Down” and another dance song from the group, “Ah Yeah,” were ranked first and sixth.
The five-member girl group held a fan meet event last July in Taiwan and met with about 1,200 local music fans.
The girl group is preparing to advance into the mainland Chinese music market after signing a memorandum of understanding with Project Banana, a Chinese media company, earlier this year.
Other K-pop musical acts which made the top 20 list include Big Bang, Exo and D&E, a subgroup of Super Junior.
Three songs by Big Bang, including “Bang Bang Bang,” “Loser” and “Let’s Not Fall in Love,” came in second, third and fifth on the list, respectively. By Sung So-young