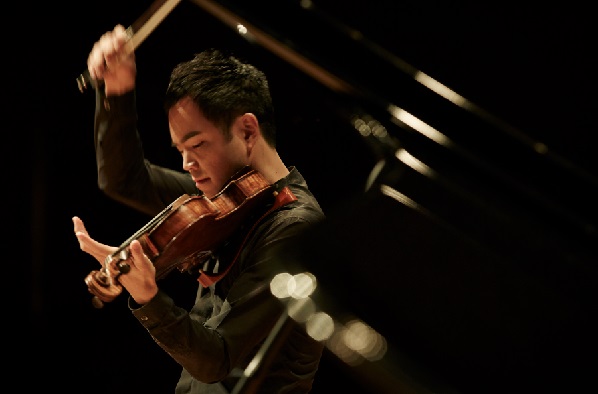 Feb. 20: Violist Richard Yongjae O’Neill is starting a new year with a solo concert titled “My Way.” In the first part of his concert, the violist will show off his new repertoire consisting of Dmitri Shostakovich’s masterpiece “Viola Sonata, Op. 147.” In the second part, O’Neill will collaborate with the newest generation of classical musicians.

The international star debuted in 2007 with the album “Life in Cartoon Motion,” which sold over seven million copies worldwide. He has now sold over 10 million records and has also designed clothing and accessories. His latest album, “No Place in Heaven,” came out last June.

The artist will perform for Korean fans not only in Seoul but also in Busan on Feb. 11 and Daegu on Feb. 14. The show in Daegu will be at EXCO, and the Busan concert will be at the Bexco Auditorium.

The Seoul concert starts at 8 p.m.

Friday and Saturday: U.S.-based R&B musician Jeff Bernat will be visiting Korea to present some of his hits and new songs from his third album. The singer-songwriter has a strong fan base in Korea with songs like “Call You Mine” and “If You Wonder.”

Saturday and Sunday: Brown Eyed Soul, a four-member Korean R&B group deemed as one of the best vocalists in the country, are planning a concert titled “Soul 4 Real.” The group has laid low since their 10th-anniversary show in 2013. However, they have now prepared a grand world tour timed with their upcoming album release and the Lunar New Year holiday.

Feb. 16 and 17: Insooni is a famous Korean singer known for her powerful voice and ability to captivate the audience. This concert will have a story line just like a musical, and she will showcase a dance performance as well.

The concert starts at 8 p.m. both days.

Feb. 21 and 23: Singer Mark Padmore will open the show on Feb. 21 accompanied by pianist Till Fellner, who will perform his own recital two days later.

For Mark Padmore, the beloved British tenor, this will be his third performance in Korea. His recital this time will include “Im Hollengebirge,” composed by Hans Zender.

Till Fellner, a pianist known for performing baroque and romantic music, will be playing in Korea for the first time. He is well known for being associated with the German record label ECM.

Feb. 27: Pianist Son Yeol-eum is holding her first recital in three years, titled “Modern Times.” Her first recital in 2013 received accolades from both critics and audience members for presenting a bright and brilliant program. For the upcoming concert, Son said she will perform pieces from the early 20th century, such as Ravel’s “Le Tombeau de Couperin” and “La Valse,” as well as Stravinsky’s “Petrushka.”