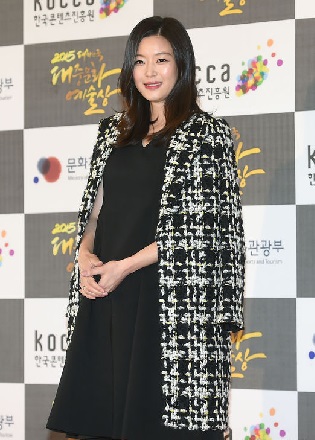 Hallyu star Jun Ji-hyun, 35, gave birth to her first child, a boy, on Thursday morning. According to her entertainment agency, CultureDepot, both mother and child are in good health.

Jun married Choi Jun-hyuk in 2012. After three years of marriage, she announced her pregnancy during the release of the movie “Assassination” in July 2015. While she was shooting the film, she hid the truth, not wanting to disturb the progress of the movie, a representative of her agency said after the official announcement of her pregnancy.

The actress has actively built her career. Along with the film, “The Berlin File” in 2013, she was acclaimed for her role in the SBS drama, “My Love From the Star” which aired from 2013 to 2014, and made her a sensation across Asia.

“We are glad to announce the good news from Jun,” CultureDepot said. “Please congratulate her with your warm hearts and look forward to Jun’s next work.”