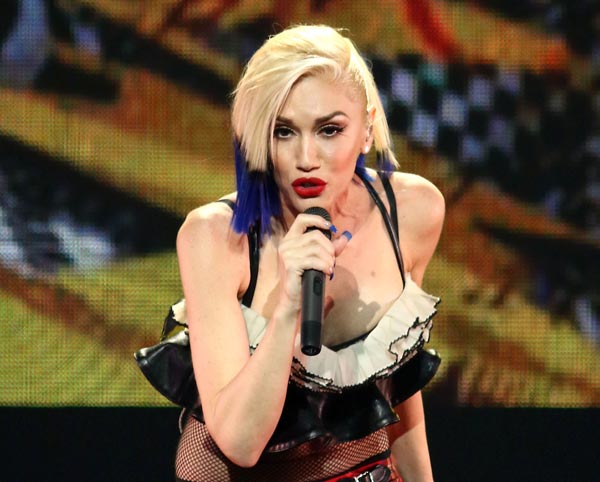 Gwen Stefani performs at a concert in New York in 2015. Target is sponsoring a live video by Stefani during the Grammy Awards.[AP/NEWSIS]

NEW YORK - Target has its bull’s-eye on the “Hollaback Girl’’ singer.

Target is sponsoring a four-minute live video by Gwen Stefani during The Grammy Awards on CBS on Monday, an unprecedented move that capitalizes on the current vogue for live TV events. She’ll perform the song “Make Me Like You,’’ which is being released today.

Ad experts say the money could be well spent in an age of short attention spans, with more people shifting to watching TV on demand and on their smartphones, capturing people’s attention during big live events like The Grammys is crucial. And attaching a star’s name to a company can have huge returns: For instance, Red Lobster said sales rose 33 percent the day after megastar Beyonce released a video mentioning the restaurant chain.

Live musical TV events, in particular, recently have been a hit. Fox’s “Grease Live’’ on Jan. 31 and NBC’s “The Wiz Live!’’ in December both scored huge ratings and much chatter on social media sites like Facebook and Twitter.

“These days, people can double click and delete you, so advertisers are under pressure to make their content more engaging and relevant to their audience,’’ said brand consultant Allen Adamson, founder of Brand Simple Consulting. “I think it’s a gamble that will pay off.’’

Of course, there’s no guarantee that people will sit through the video, said VCU Brandcenter marketing professor Kelly O’Keefe. “It’s definitely risky, but the upside is you really create a stir,’’ he said. “Whether or not they get that upside will depend on how good the music segment is.’’

Additionally, the reach of the Grammys is fading. Grammys had an audience of 25.3 million last year, its lowest turnout since 2009, according to Nielsen.

But Target is betting on Stefani, who collaborated with the company on the Harajuku Mini clothing line for several years starting in 2011. Her third studio album, “This Is What the Truth Feels Like,’’ will be released March 18.

Target has been trying to stage a comeback after some major setbacks in recent years, including a major debit and credit card hack that impacted sales for several months and a misstep that led it to focus on groceries instead of the cheap chic fashions its customers craved.

But it has been turning itself around, with five consecutive quarters of increases in stores open at least one year, a key sales measure.