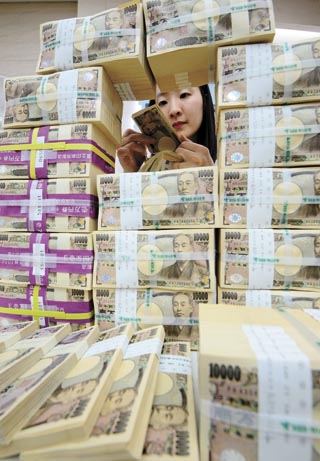 A worker arranges yen bank notes in stacks at KEB Hana Bank’s headquarters in Myeong-dong, central Seoul on Thursday. The won-yen exchange rate fell to 1,069.69, which is the first time the rate has exceeded the 1,060 won level in 23 months. The yen has climbed against major currencies including the U.S. dollar as more investors have sought safe assets after the recent fall in global markets. [NEWSIS]