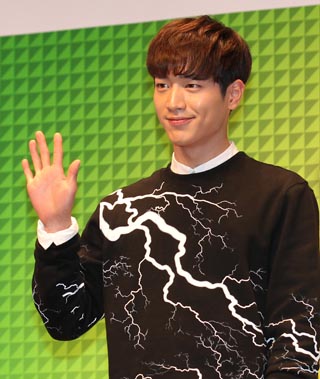 Actor Seo Kang-jun, who appears in the popular drama series “Cheese in the Trap,” will fly to Singapore to promote the show on Friday.
The meet and greet will be held in Suntec City, Singapore, and is scheduled to follow its first local broadcast on Sunday.
“Cheese in the Trap” was originally a webtoon series that started in July 2010, and its realistic characters and relatable storyline quickly drew in a number of readers. The webtoon was eventually adapted into a 16-episode drama and first broadcast in Korea on Jan. 4 on tvN.
In the drama series, Seo plays Baek In-ho, a piano prodigy who stops playing following a tragic accident. The 23-year-old debuted in 2013 in the online drama series “After School: Lucky or Not.”